Medically reviewed by Lynn Marie Morski, MD, Esq.
Written by Natalie Saunders, B.A., LicAc
4 min read
0 comments
Read Later
The following is for informational purposes only. WayofLeaf does NOT advocate the illegal sale, use, or possession of any psychedelics. Be sure to research, understand, and follow all laws and regulations relating to the use and possession of psychedelics in the state or region you live.

Blue lotus is native to Egypt, where it has a long history of ritual, magical, and medicinal use. More recently, it has become popular in the United States, where people typically use it for its mild psychoactive properties.

Scientific research suggests that blue lotus flower’s active compounds may also play a role in treating several conditions. Here is our complete guide to this unique plant, its effects, benefits, side effects, and more.

What Is Blue Lotus?

Blue lotus (Nymphaea caerulea) is a type of water lily that is native to Egypt. It grows in wet soil surrounding lakes and rivers and is widespread along the banks of the Nile.

Despite its name, the plant is unrelated to the pink lotus (Nelumbo nucifera) that is prevalent throughout East Asia. However, the two share some common features including their long history of human use.

The ancient Egyptians considered the blue lotus sacred, and it was often depicted in architectural design. It was also frequently used as a motif in tombs, including that of the famous pharaoh Tutankhamun. It was described in some of the early papyrus scrolls, including several chapters of The Book of the Dead. 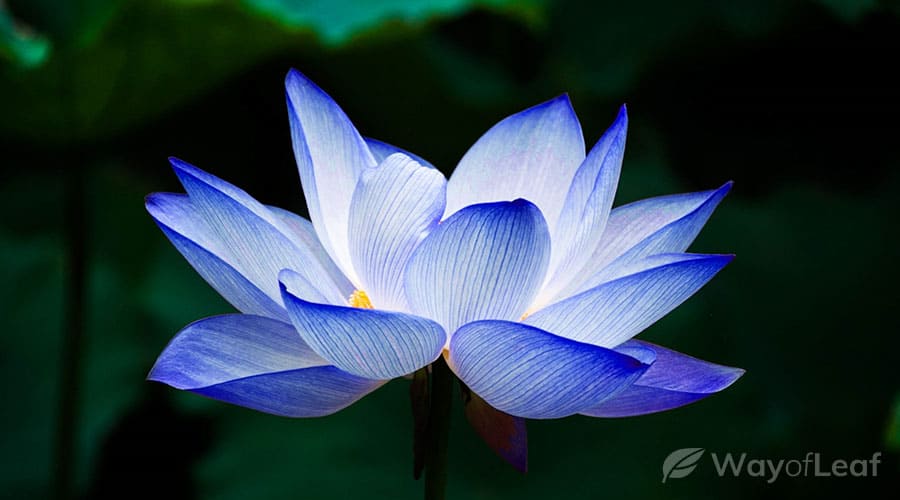 The plant had associations with the sun god Ra and the lord of the underworld, Osiris. Many Egyptologists have speculated that it was a symbol of rebirth and immortality.

One possible reason for this is the flower’s habit of opening in the morning and closing at dusk. It also resembles a celestial body itself, with multiple layers of petals outstretched like the sun’s rays.

Experts believe that blue lotus may have been a crucial element of magical religious rites in ancient Egypt. It also appears to have been used medicinally as a narcotic and aphrodisiac.

In the modern world, many gardeners cultivate blue lotus for its striking appearance and pleasant fragrance. An increasing number of people are also beginning to use it for its mild psychoactive effects.

Blue lotus contains many bioactive compounds. The most notable of these are apomorphine and nuciferine. It is possible to surmise some potential blue lotus health benefits by looking at the properties of these two chemicals.

Apomorphine is a dopamine receptor agonist, meaning that it activates dopamine receptors. It also acts upon serotonin and alpha-adrenergic receptors, giving it a range of psychological and physiological effects.

Doctors have been using apomorphine since the late 1800s to treat mental health disorders such as depression, insomnia, and schizophrenia.

It has also been used as an erectile dysfunction treatment under the brand names Upriama and Ixense. It relaxes smooth muscle and increases blood flow in the corpora cavernosa, the tissues responsible for causing erections.

Apomorphine, a key component of blue lotus, is perhaps best known as a treatment for Parkinson’s disease.

However, the drug is perhaps best known as a treatment for Parkinson’s disease. It can be administered as an injection to treat “off” episodes, whereby regular medication stops working, leading to breakthrough symptoms.

Meanwhile, nuciferine has variable effects on numerous dopamine and serotonin receptors, stimulating some and inhibiting others. Its medicinal uses have not been explored as thoroughly as apomorphine. That said, it appears to have antipsychotic effects, acting similarly to the drug aripiprazole.

New research into nuciferine’s mechanism of action suggests it may also benefit conditions such as neuropathic pain, fibromyalgia, and depression. However, further study is required.

People tend to use blue lotus as a sleep aid and for anxiety relief. It reportedly induces a state of tranquillity and centeredness. In some cases, it may also have weak stimulant activity.

High doses could lead to euphoria and subtle visual hallucinations. Users on online forums describe the experience as mild and lasting 2–3 hours.

Most blue lotus effects are due to the presence of apomorphine and nuciferine. However, the plant also contains various other active components, including flavonoids, tannins, and phenols.

Many of these compounds have antioxidant effects, meaning that blue lotus flower could have an overall beneficial impact on human health. However, it can also cause several side effects.

Related article
Natural Hallucinogens: What Are the Options?

According to a 2021 case series, individuals who had ingested blue lotus presented with the following side effects:

In most cases, these symptoms resolved without treatment within 3–4 hours following admission to the emergency department.

Perhaps the most significant blue lotus health risks stem from the fact that it is currently unregulated. Although it is not a controlled substance in the USA, it is not approved for human consumption.

Therefore, individuals purchasing blue lotus online have little idea about what they will receive, including whether it is authentic, potent, or safe.

How to Use Blue Lotus

There are many different ways to use blue lotus flower. Traditionally, the Egyptians would have eaten the flowers or steeped them in wine to create an alcoholic blue lotus drink. Nowadays, it is easy to find the dried flowers online, where they are generally marketed as blue lotus tea. 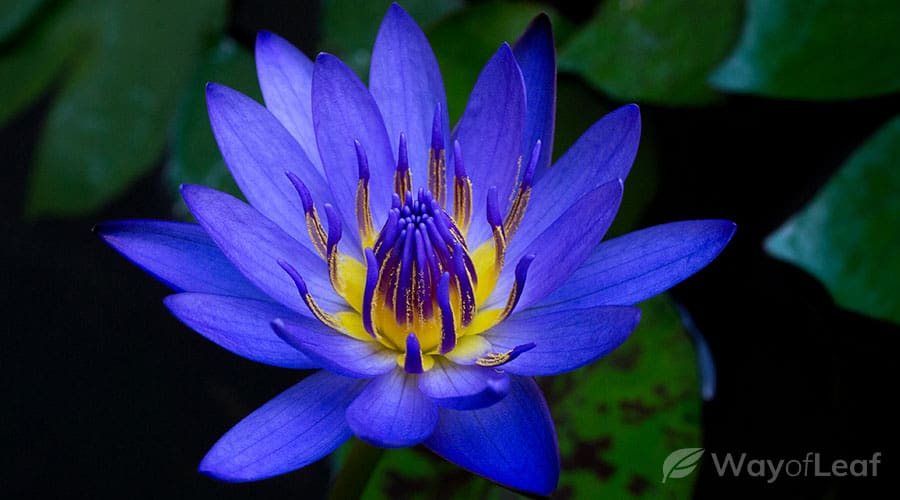 Smoking blue lotus is another common consumption method. It is also possible to purchase powders, resins, and e-liquids, and vaping blue lotus has become increasingly popular. Unfortunately, many of these products are of questionable quality and do not contain a standard dosage.

Blue lotus is a plant that was sacred to the ancient Egyptians. They used it for a variety of ritual, magical, and medicinal purposes.

In the modern world, people tend to use it for its mild psychoactive effects. It reportedly induces mild euphoria and hallucinations, reduces anxiety, and aids sleep.

More research is necessary before we can be sure how blue lotus impacts specific medical conditions.

There are several possible blue lotus benefits due to its active compounds, apomorphine and nuciferine. However, more research is necessary before we can be sure how it impacts specific medical conditions.

Moreover, the plant is not regulated, and online purchases may be unsafe for human consumption. Therefore, individuals considering using blue lotus do so at their own risk.