DMT is an entheogen, meaning it is a psychoactive substance used to induce visionary experiences for healing, knowledge, and creative and spiritual purposes.

Across the globe, indigenous groups have long utilized DMT-containing plants in ritual and religious contexts, preparing and ingesting them in various ways.

We’ve taken a look at some of the best-known DMT-containing plants, their history of use, and methods of ingestion. Read below to find out more.

Thousands of different plant species naturally produce DMT, the most common of which are plants belonging to the pea family (Fabaceae) and nutmeg family (Myristicacea).

DMT produced by plants comes in two chemical forms: N, N-DMT, which is what most users are referring to when they talk about DMT, and 5-MeO-DMT, which is the same molecule but with a few extra atoms attached.

An estimated 10-20 times stronger than N, N-DMT, 5-MeO-DMT is best known for making up the primary psychoactive ingredient in the potent Bufo alvarius toad venom.

Although DMT can be produced by plants in high concentrations, eating these plants on their own is unlikely to produce any psychoactive effects. This is because enzymes called monoamine oxidases, present in the digestive tract, rapidly break down the molecule before it can be absorbed into the bloodstream.

As such, users wanting to experience the hallucinogenic effects of DMT-containing plants need to either extract the DMT, smoke or snort the plant matter, or mix plants with other ingredients that block the action of monoamine oxidase inhibitors.

Here’s a list of some commonly known examples of DMT-containing plants:

Phalaris aquatica, also known as bulbous canary grass, is a species of grass belonging to the Poaceae family. The grass originates from Mediterranean Europe but can be found today growing in South Africa, New Zealand, Australia, and the USA.

Extraction studies have demonstrated that Phalaris aquatica contains DMT and other psychoactive alkaloids, including bufotenine and β-carbolines. 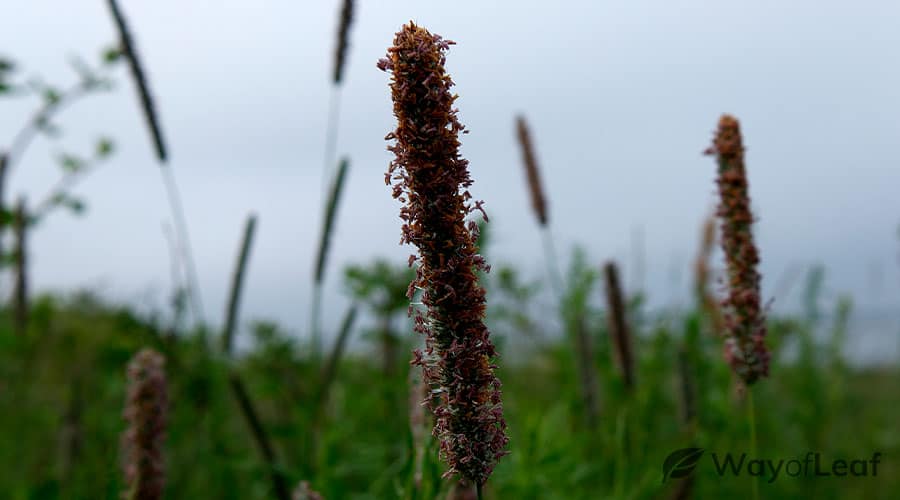 Online sources suggest that smoking an extract from the Phalaris aquatica leaves can produce effects similar to smoking pure DMT. However, because the plant contains high concentrations of gramine, a toxic alkaloid, and can be deadly to mammals, consuming the plant could be extremely risky.

There are no known traditional uses of Phalaris aquatica. However, the Roman poet Ovid described a shamanic transformative experience induced by a type of grass in one of his poems that may have referred to Phalaris aquatica.

Also known as the “trailing iceplant,” Delosperma cooperi is a long-lasting, succulent plant with purplish-pink flowers. The plant grows natively in South Africa. 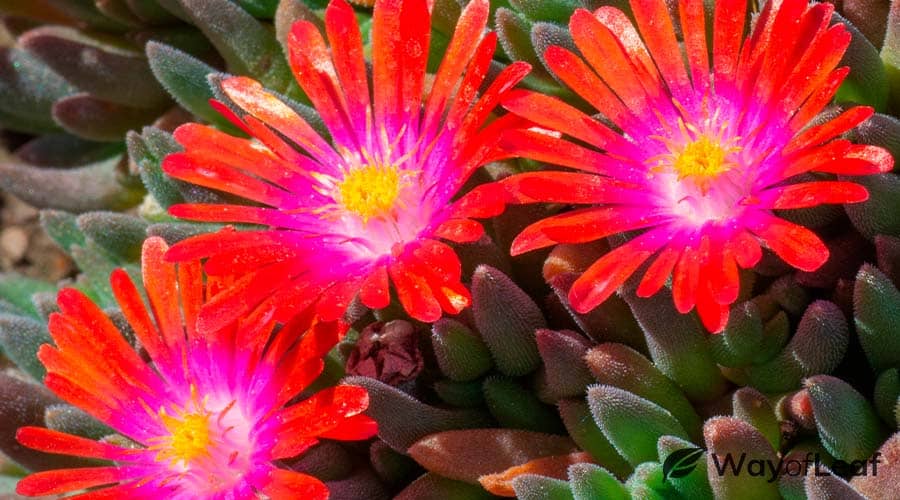 The leaves of Delosperma cooperi contain N, N-DMT, and 5-MeO-DMT, and chemical analyses have found the concentration of 5-MeO-DMT produced varies between seasons.

Traditionally, the Batu people of South Africa have used the leaves of Delosperma cooperi to make Khadi – a type of alcoholic beverage with psychedelic properties.

Acacia colei, also known as Cole’s wattle, is a shrub belonging to the Fabaceae family that grows natively in Northern Australia and Southern Asia. 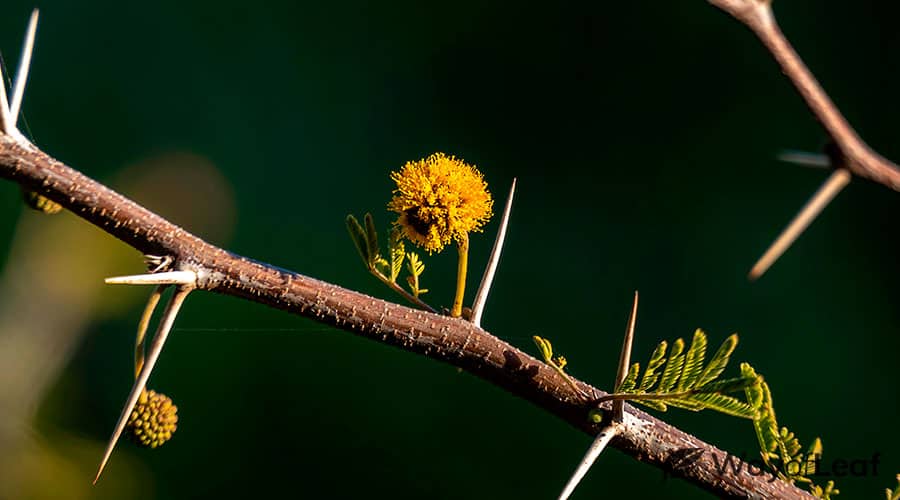 Like other acacia plants, Acacia colei contains DMT in its bark and leaves, with a higher concentration in the bark (up to 1.8%). However, to date, there are no formal publications on the chemical extraction of DMT or other alkaloids from Acacia colei.

Desmodium caudatum is a deciduous shrub, also belonging to the Fabaceae family, which can be found growing in India, China, Taiwan, and other parts of Asia.

Chemical analysis of Desmodium caudatum has found the roots contain 0.087% DMT and 0.03% bufotenine-N-oxide (the oxidized version of the psychoactive alkaloid bufotenine), and the stem contains 0.04% bufotenine. 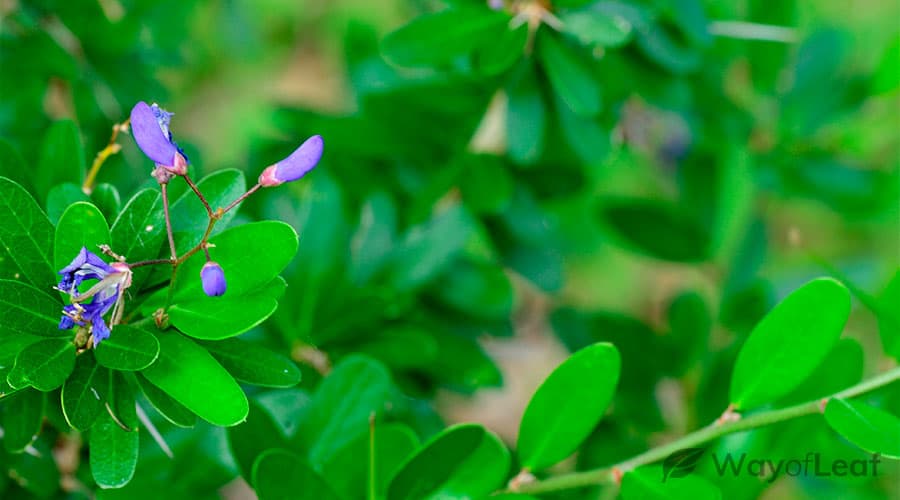 Scientists have also found DMT and 5-MeO-DMT in the leaves, stems, and roots of other plant species in the Desmodium genus, including Desmodium gangeticum, Desmodium gyrans, and Desmodium pulchellum.

To date, there’s no published information about traditional entheogenic uses of the plant. However, in traditional Chinese medicine, Desmodium caudatum has been implicated as a treatment for various ailments, including abdominal cramps, boils, ulcers, fever, gastroenteritis, and measles.

Mimosa opthalmocentra is a shrub that grows natively in Brazil, where it is called jurema-embira (red jurema). The shrub grows blossoms with yellowish-white petals and green fruits. 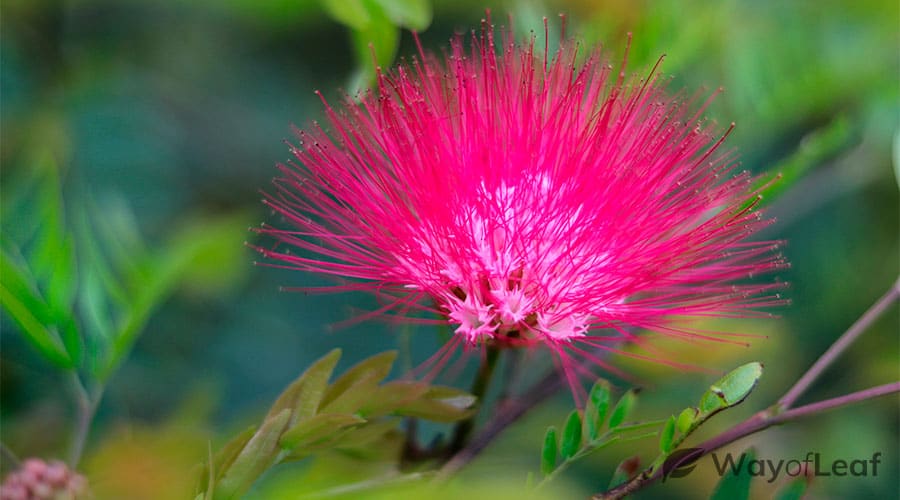 One extraction study of the ground plant material showed Mimosa opthalmocentra contained 1.6% DMT and 0.0012% of a similar molecule identified at N-methyltryptamine, which also demonstrated activity when tested for psychoactive effects.

Traditionally, the roots of Mimosa opthalmocentra have been used by various tribes in Northeast Brazil to prepare the “Wine of Jurema,” a beverage used in mystic-religious ceremonies.

Virola calophylla is a tree species belonging to the Myristicaceae family native to Central and South America. 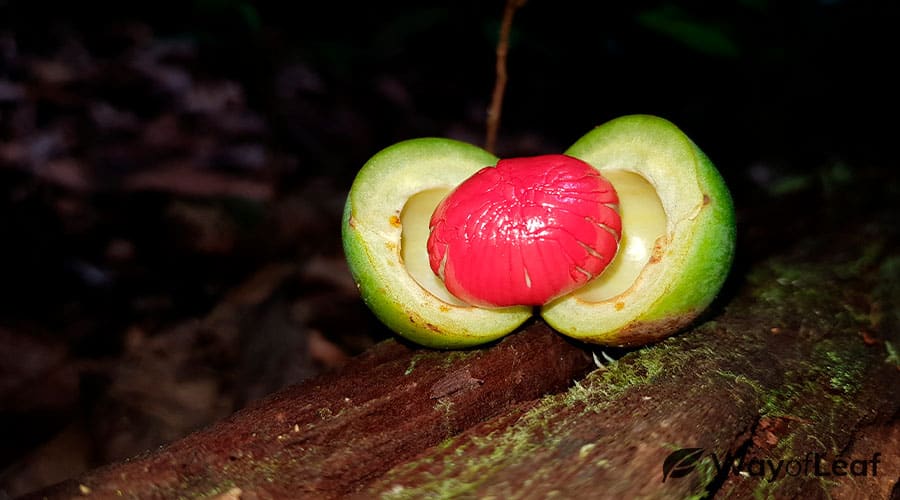 DMT and other psychoactive molecules have been found in several plants belonging to the Virola genus, including Virola calophylla, which contains both DMT and 5-MeO-DMT, with 5-MeO-DMT in a greater quantity.

Several tribal groups across the Americas have used plants from the Virola genus for entheogenic purposes. For example, shamans of the Waikà tribes of Venezuela and Brazil prepare and use a hallucinogenic snuff made with plant matter from various Virola species.

Chemical analyses of Psychotria viridis dried leaves found DMT in concentrations of up to 17.65 milligrams per gram (mg/g) with varying concentrations between night and day. 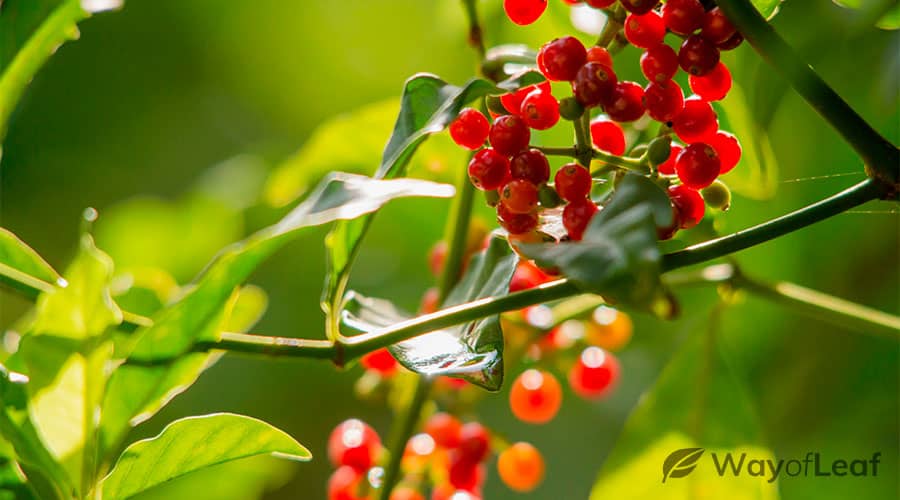 In combination with the Banisteriopsis caapi vine and its related species, Psychotria carthagenesis, Psychotria viridis is a key ingredient in the South American hallucinogenic brew ayahuasca.

Several indigenous groups across the Amazon have used the ayahuasca brew for thousands of years for spiritual and medicinal purposes.

What Plants Contain DMT in the US?

There are many DMT-containing plants that grow natively in the US. Some examples of these include:

Several plants containing DMT have been used traditionally across the globe for entheogenic reasons.

If you’re interested in using or extracting DMT-containing plants, we recommend following the guidance of an experienced shaman or scientist who has specialized in chemistry.

To learn more about DMT and its unique effects, check out the article below.

7 min read
Join The Discussion
TOC
Premium
Your subscription has ended
If you love cannabis and want to support our site, join WayofLeaf Premium today and unlock
Best of all, part of your membership fee will go towards supporting the fight to legalize cannabis.
Sign Up for WoL Premium
Not now
I already have an account
×
Log in to Your Premium Account