Medically reviewed by Dr. Sibin Stephen
Written by Martha Allitt
5 min read
0 comments
Read Later
The following is for informational purposes only. WayofLeaf does NOT advocate the illegal sale, use, or possession of any psychedelics. Be sure to research, understand, and follow all laws and regulations relating to the use and possession of psychedelics in the state or region you live.

LSD, also known as acid, is a synthetic drug well-known for producing classical psychedelic effects, including visual hallucinations and altered modes of thinking.

This article will answer the question ‘how long does acid last?’ and provide a comprehensive run-down of the acid trip experience, from the onset to the comedown.

What Is LSD? What Are the Effects?

The Swiss chemist Albert Hofmann developed LSD in 1938 while investigating chemicals based on Ergot, a fungus that grows on rye and related plants.

While synthesizing the compound, Hofmann accidentally absorbed a small amount of drug through his fingertips and noticed “an uninterrupted stream of fantastic pictures, extraordinary shapes with intense, kaleidoscopic play of colors.”

After noticing these mild psychoactive effects, he decided to ingest a larger dose and documented the first-ever acid trip on April 19th, 1943. His experience marked the beginning of the annual celebration of bicycle day and a wave of psychedelic research into the drug’s therapeutic effects. 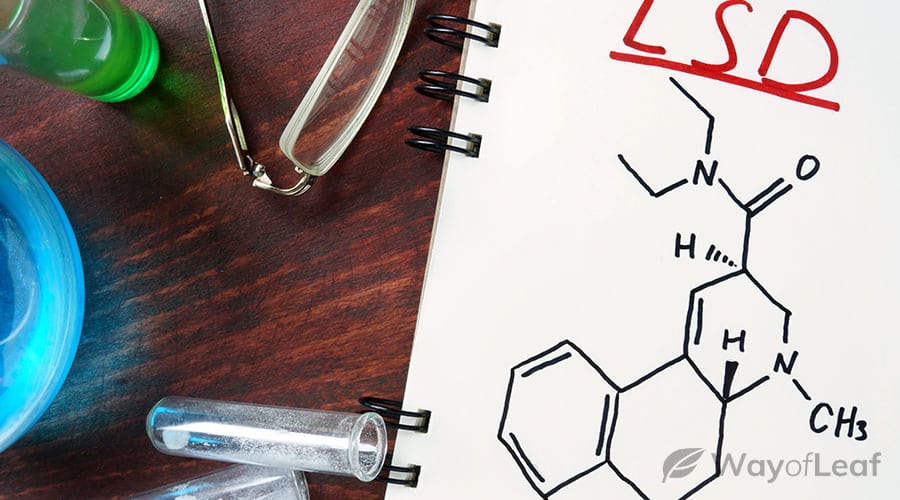 Today, researchers are re-visiting some of the early work into the therapeutic effects of LSD. Experiments from the past ten years have suggested that LSD may help with symptoms related to depression and anxiety associated with end-of-life.

LSD is a hallucinogenic drug, meaning it can cause altered perceptions of reality in users. Hallucinations can happen with all five senses, but visual hallucinations, also called visuals, are most associated with LSD.

LSD visuals consist of geometric patterns, colors seeming much brighter, and objects appearing to be moving and pulsating.

Some of the commonly experienced effects of LSD include:

People may choose to take LSD for a variety of different reasons. Its effects on altering cognition and perception mean many people take LSD for mental and spiritual exploration. Users may take LSD to experience its therapeutic effects or take LSD in a party environment because of its positive mood and stimulant effects.

In recent years, microdosing LSD has increased in popularity. Microdoses are small doses of psychedelic drugs, usually between 1/10th to 1/20th of a regular dose, that tend to be taken in a regular time pattern.

Some of the short term positive effects from microdosing LSD include:

How Long Does LSD Last?

It can take anywhere between 20 minutes and one hour for the main effects of LSD to kick in. These effects typically last between 7 and 11 hours.

Taking a larger dose of LSD can extend the duration of the trip, but generally, the main effects of LSD don’t tend to last any longer than 12 hours.

Following an LSD trip, users may experience a sort of ‘comedown.’ An LSD comedown is when the mental and hallucinatory effects have worn off, but the user doesn’t quite feel as if they are completely sober.

A comedown tends to finish once somebody has fallen asleep after the trip and re-woken. Because LSD can be physically and mentally tiring, people may have a low mood or energy the day following their LSD experience. It’s therefore essential users make sure they get plenty of rest and replenish themselves with plenty of food and water.

How Long Does LSD Stay in the System?

When absorbed into the bloodstream, LSD travels to different organs in the body. When LSD arrives at the liver, the liver breaks the molecule down into several smaller compounds.

After 24 hours, only 1% of unchanged LSD is detected in the urine because of its breakdown in the liver.

Whereas most other psychoactive drugs tend to be dosed in grams(g) or milligrams(mg), LSD doses are in micrograms(µg), which is the same as one-millionth of a gram. The extremely small dosing makes LSD challenging to detect, and most routine urine tests cannot detect LSD.

Stages of the Acid Trip

Although each acid trip experience differs depending on the individual and their set and setting, most users tend to experience the general stages below. 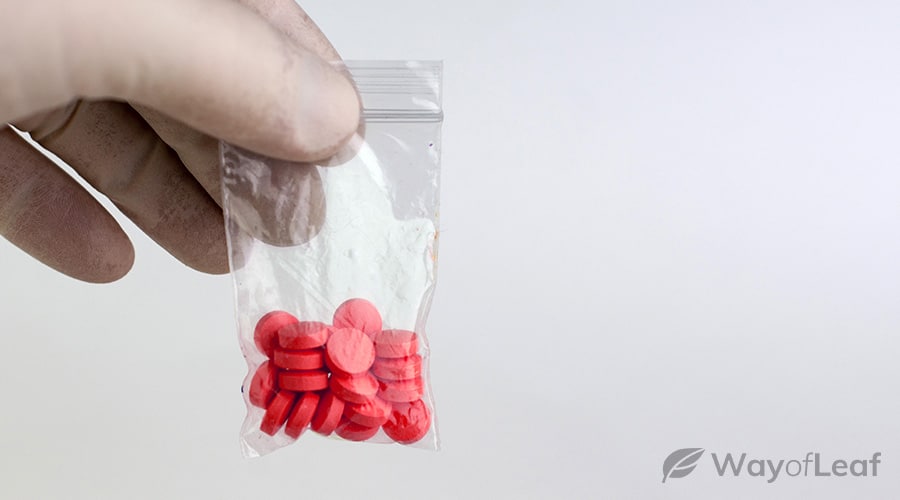 The come-up is when the effects of LSD start to kick in, generally between 20 minutes to 1 hour following ingestion. During this phase, users commonly notice the stimulant effects of the drug. Music may start to seem more intense, and colors may appear brighter.

Visual hallucinations may first appear around 1 hour following the ingestion of LSD. The first hallucinations are relatively mild, consisting of geometric patterns within objects and images in the environment appearing to be “breathing” in and out. It’s important to keep in mind that the perceptual alterations individuals may experience vary from person to person.

After around 2 to 3 hours following ingestion of LSD, users may feel the effects most intensely. Hallucinations may be extremely vivid in nature, with some users experiencing perceptual changes in time. During this phase, people may feel confused or disconnected from their sense of self (ego).

After the peak, hallucinations tend to become less vivid as users begin to settle back into reality. As thoughts start to become more logical, people may have profound insights and realizations during this phase.

People may still feel some subtle effects from LSD once the main psychedelic trip is finished. These effects tend to wear off once the user has rested.

An afterglow refers to prolonged positive effects on somebody’s mood following a psychedelic experience that can last from a couple of days to weeks following the experience. These effects include feeling an increase in energy and an increased sense of inner peace and clarity.

Adverse acid side effects include:

The risks of dangerous physical side effects with LSD are low, and the estimated fatal dose is far greater than an average dose. However, rare case reports have associated LSD overdose with seizure, hyperthermia, coma, and bleeding. LSD does not entail physical dependence as withdrawal syndrome, as seen with other substances (opioids, cocaine, and methamphetamine).

Because LSD can produce a variety of acute and behavioral effects on an individual, the individual may be more likely to engage in risky behaviors or make decisions without considering the risks. Any activities which could be dangerous for other people, such as driving, should be avoided under the influence of LSD.

Although these effects tend to wear off once the effects of LSD have finished, a psychedelic crisis can sometimes impact a person’s mental health in the long-term causing problems such as post-traumatic stress disorder (PTSD).

Although a psychedelic crisis is rare, it’s good to be aware of how to decrease the likelihood of one by controlling the set and setting and learning how to best navigate a bad trip if one occurs.

How Long Does Acid Last? A Summary

LSD and other psychedelic substances can have profound effects on individuals, with many of these substances showing therapeutic benefit in well-controlled clinical trials. Adequate preparation is necessary to facilitate a positive experience with these substances. Having a solid understanding of the potential effects can help mitigate risk and invite a memorable journey.

Golden Monk Kratom: Everything About This Brand

How did we rate them?