Medically reviewed by Dr. Mike Bohl
Written by Natalie Saunders, B.A., LicAc
3 min read
0 comments
Read Later
The following is for informational purposes only. WayofLeaf does NOT advocate the illegal sale, use, or possession of any psychedelics. Be sure to research, understand, and follow all laws and regulations relating to the use and possession of psychedelics in the state or region you live.

Lysergic acid diethylamide (LSD) is a potent hallucinogenic drug. Although it is currently illegal in the United States, many people use it for recreational or personal reasons. One common question among these individuals is, “How long does LSD stay in your system?”

While we do not condone illegal drug use, we recognize that it does occur. We also believe that providing accurate information is one way to minimize the associated risks. This article is for educational purposes only. It is the reader’s responsibility to comply with both state and federal laws.

How Long Does LSD Last in Your System?

When a person takes LSD, their body rapidly breaks it down into other substances known as metabolites. These chemicals are then eliminated in the urine. The primary LSD metabolite is called 2-oxo-3-hydroxy-LSD (O-H-LSD). 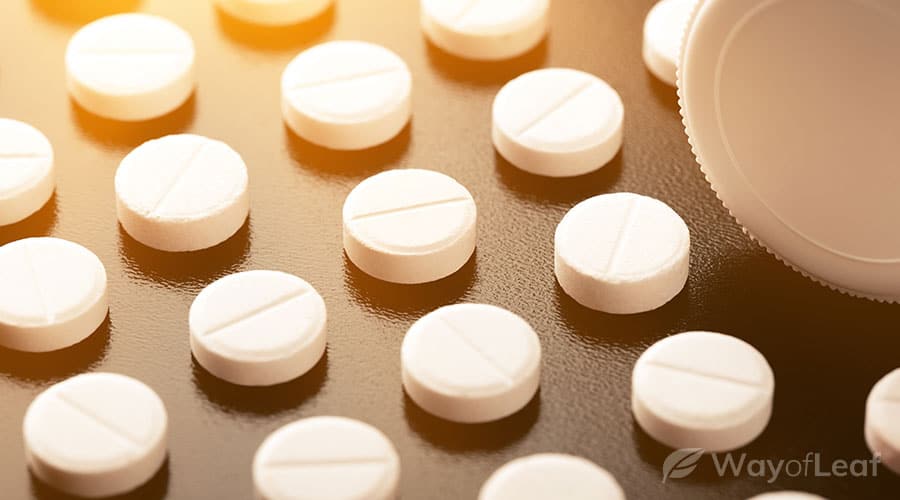 LSD has an elimination half-life of 3.6 hours. What this means is that the amount of LSD in your system reduces by half within this timeframe.

How Long Does It Take for LSD to Take Effect?

LSD’s effects on the body usually begin 30–90 minutes after ingestion. However, this figure can vary depending on the dosage and other factors such as individual physiology.

For example, a 2017 study investigated the effects of 100μg and 200μg LSD doses on 24 and 16 participants, respectively. It found that the higher dose had a slightly faster onset on average. It also found that the onset could vary by over an hour between participants.

How Long Does LSD Last?

According to the study mentioned above, the 100μg and 200μg doses’ effects lasted for an average of 8.2 and 11.2 hours, respectively. The drug’s effects peaked 2–3 hours after ingestion.

How Long Does LSD Stay in the Blood?

An LSD blood test can only detect the substance for 12–24 hours after ingestion, depending on the dose. Therefore, it is unusual for blood screenings to test for LSD unless the circumstances are exceptional.

How Long Does LSD Stay in the Urine?

Urinalysis is the most common method of drug testing. It is cheap, convenient, non-invasive, and can detect a range of substances, including some for up to a month after ingestion. Even so, LSD urine tests are rare, and most standard screenings do not include the substance.

That said, LSD metabolites can be detected in the urine for up to four days after consumption.

How Long Does LSD Stay in the Hair?

Hair follicle drug tests can detect various substances for up to 90 days after ingestion. However, the drug may not always show up in these tests, depending on the dosage and detection threshold.

For example, in a 1996 study, only 2/17 samples from self-reported users produced positive results in an LSD hair test. It is unknown when or in what quantity any of these users had consumed LSD.

How to Get LSD Out of Your System

There is no scientifically proven way to get LSD out of one’s system or speed up its metabolism. Although there are numerous “detox kits” on the market, there is little evidence to support their use.

Some people recommend drinking large quantities of fluids to flush out the system. Others claim that certain foods or herbal products are effective. But, again, there is little proof that any of these methods work. 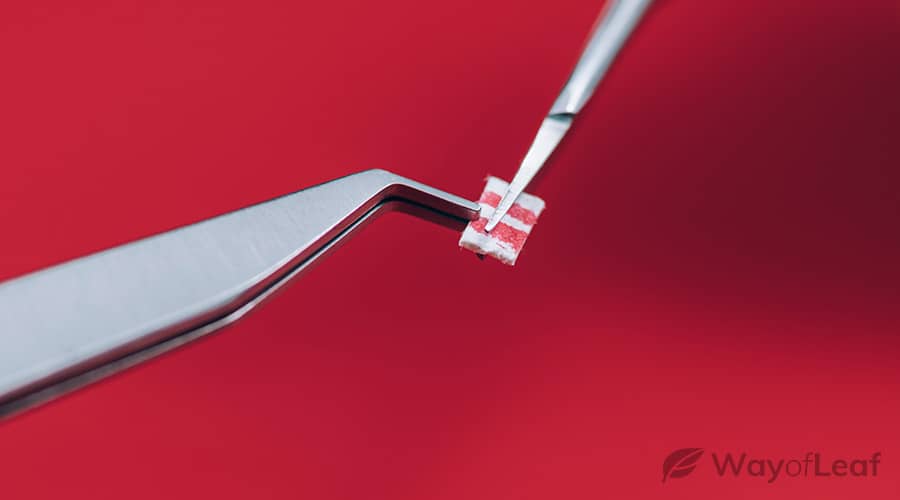 The only reliable way to pass a drug screening is to abstain from use for an appropriate period beforehand. But how about if someone is trying to get LSD out of their system for another reason?

For example, what should someone do if they have taken too much LSD or are overwhelmed by its effects?

LSD overdose is rare but not impossible. One of the only reports involved eight people who inadvertently took a massive dose nasally after mistaking LSD powder for cocaine. They experienced severe symptoms, including vomiting, increased body temperature, respiratory arrest, and coma. However, all eight recovered after receiving supportive care.

A common situation is that someone may feel overwhelmed by LSD’s intense effects.

A more common situation is that someone may feel overwhelmed by LSD’s intense effects. It can cause rapid fluctuations in mood and may induce anxiety, panic, or paranoia. If this occurs, it may be possible to counter these feelings by changing the music or moving to another room. Ideally, the user will be accompanied by a sober individual who can reassure and remind them that these effects will pass.

As with all psychedelics, preparing well and consuming LSD in a controlled and supportive setting can reduce the likelihood of experiencing adverse effects. A professional psychedelic guide or therapist can ensure that the experience is as safe and beneficial as possible.

Why Do People Use Hallucinogens? [Explained]

The most common reasons