Lysergic acid diethylamide (LSD), sometimes simply known as acid, is a powerful hallucinogen. People have been using it for research, recreational, and personal reasons for decades.

NBOMe is more potent than LSD, carries a high risk of adverse effects, and has been linked with numerous fatalities.

More recently, an even more potent drug has entered the psychedelics scene – NBOMe. Unfortunately, NBOMe carries a high risk of adverse effects and has been linked with numerous fatalities. This is a significant issue since some unscrupulous vendors are selling it under the guise of LSD.

This article explains the difference between these substances and how to tell NBOMe from acid.

The Swiss chemist Albert Hofmann synthesized LSD in 1938. However, he did not discover its psychedelic properties until 1943. Since then, it has been the subject of thousands of research studies and has helped scientists better understand the human brain.

LSD played a significant role in the counterculture movement of the 1960s. Soon after, it became illegal as part of the government’s Controlled Substances Act, alongside many other psychedelic drugs.

Despite their prohibition, psychedelics remained popular, and it was not long before scientists started developing new compounds with similar effects. NBOMe is just one example of these new psychoactive substances, also known as designer drugs. 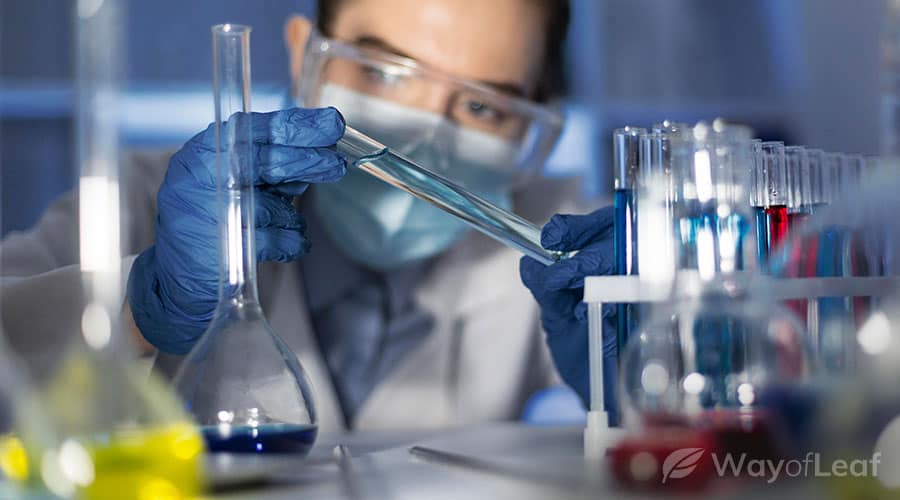 The chemist Ralf Heim synthesized the first NBOMes in Berlin in the early 2000s. In fact, NBOMe is not one drug but a group of substances, including 25I-NBOMe, 25B-NBOMe, and 25C-NBOMe.

NBOMes have some similarities with LSD. For example, both drugs act upon 5HT2A serotonin receptors in the brain. They also produce somewhat comparable hallucinogenic effects. Finally, both NBOMe and LSD are commonly sold as small squares of paper known as ‘blotters.’

Online sellers sometimes market NBOMes as “legal acid.” However, like LSD, the DEA classes them as illegal under the Controlled Substances Act.

Moreover, NBOMes are more likely to produce negative experiences than LSD. They can also cause severe physical side effects and have been linked with several deaths. This issue is significant for would-be consumers who may not easily tell the difference between NBOMe and LSD.

How to Tell NBOMe From LSD

There are several methods of distinguishing between LSD and NBOMe. However, not all of them are easily accessible to consumers.

The most reliable method is laboratory testing. Techniques like high-performance liquid chromatography and gas chromatography-mass spectrometry can consistently differentiate between the chemicals due to structural differences.

However, the drugs’ illegal status means that sending them off for testing is not straightforward. Therefore, many consumers are searching for methods to try at home.

One such method involves using a blacklight. Exposing LSD to long-wave ultraviolet light causes it to glow fluorescent blue. In contrast, NBOMe does not glow under a blacklight.

Know what to expect…

Another test involves a chemical known as Ehrlich reagent. It turns purple in the presence of LSD. Therefore, it is possible to snip off the corner of a blotter, add a drop of the reagent, and look for a color change.

The problem with both of these methods is that they only test for the presence of LSD, not the absence of NBOMe.

Some online sources suggest that another chemical called Marquis reagent can test for NBOMes. However, these sources do not provide citations and, therefore, may not be reliable.

Furthermore, the World Health Organization has stated that “No presumptive test data (including Marquis field tests) exist” for NBOMes. Researchers are developing a color spot test for NBOMes, but it is not yet available commercially.

Finally, past users suggest that it is possible to identify NBOMe vs. acid by their taste. LSD should be tasteless or have a slightly metallic flavor. In contrast, NBOMe reportedly has a bitter taste.

However, this information is of limited use since most people want to know what they are dealing with before putting it in their mouth.

LSD and NBOMe produce similar effects. They include altered mood and perception, heightened sensitivity to one’s surroundings, and visual or auditory hallucinations. Some people find the experience pleasurable, but for others, it can be disorienting and frightening. 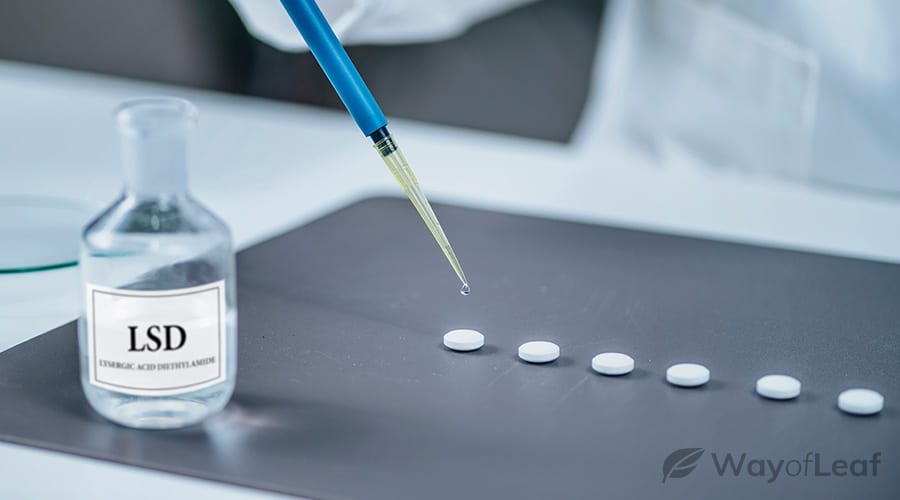 Some possible positive effects of hallucinogens include:

It seems that NBOMe is more likely to produce negative effects than LSD and other hallucinogens. There have also been several reports of violent behavior and suicide attempts.

Furthermore, there is a high risk of toxicity resulting in serious complications, including muscle damage and organ failure.

Therefore, users ought to know whether they are in possession of NBOMe or acid. Then they can consider the risks and make an informed decision about whether to proceed.

Bottom Line on LSD vs. NBOMe

There are some similarities between NBOMe and LSD, but there are crucial differences too. NBOMe is more likely to cause adverse effects and is far more dangerous to consume.

It can be difficult for users to tell whether they have purchased NBOMe or acid due to their illegal status.

Unfortunately, due to their illegal status, these substances are not subject to testing or regulation. Therefore, it can be difficult for users to tell whether they have purchased NBOMe vs. acid. The only way to know for sure is by sending a sample to a laboratory for testing.