Hypnagogia is the transition period between wakefulness and sleep. Sometimes people may see, hear and feel things that don’t exist during the hypnagogia phase – these are called hypnagogic hallucinations. Similar to lucid dreaming and sleep paralysis, scientific researchers think that hypnagogic hallucinations are related to REM sleep, the stage of sleep most associated with dreaming.

We’ve discussed some of the symptoms, causes, and mechanisms of hypnagogic hallucinations so you can better understand why and how they might occur.

What Are Hypnagogic Hallucinations? 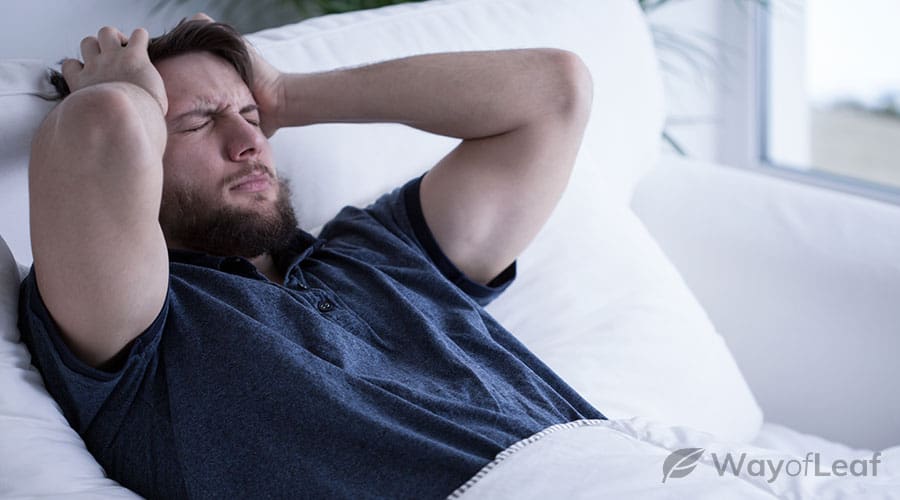 Hallucinations are defined as sensory experiences that happen in absence of stimulation by the relevant sensory organs. These include:

Hypnagogic hallucinations may happen for a variety of different reasons. However, it’s likely that REM sleep plays an important role.

During sleep, the brain moves through a series of different stages. The sleep stage associated with dreaming is called rapid eye movement (REM) sleep.

Research has shown there is similar brain activity between REM sleep and hypnagogic hallucinations.

Many scientists believe that hypnagogic hallucinations can be caused by REM sleep intruding into wakefulness.

For most people, the sleep cycle begins with non-REM (NREM) sleep, then REM sleep follows. However, in people with narcolepsy, REM sleep can happen instantaneously in both sleeping and waking states. This effect means narcoleptic patients may uncontrollably fall asleep into REM during the day.

Other Disorders Associated with Hallucinations

Schizophrenia is primarily a thought disorder. Schizophrenic hallucinations are most commonly auditory, and other symptoms include confused thought, delusions (false beliefs), and difficulties with problem-solving.

PD is primarily a movement disorder, and hallucinations are most commonly visual and auditory. Other symptoms include reduced movement, stiffness, and involuntary shaking.

CBS is an eye disease where visual hallucinations commonly occur as a result of vision loss. CBS hallucinations are usually simple and consist of shapes, lines, and colors. 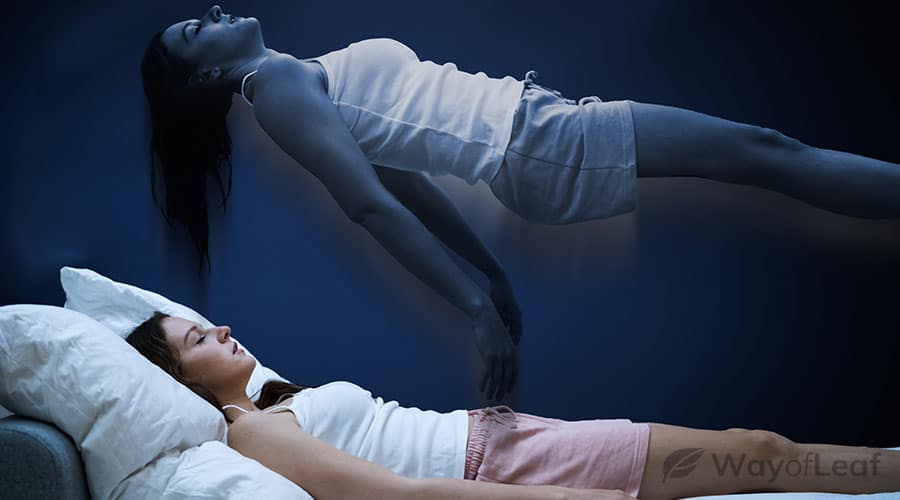 Physical sensations are the second most common hypnagogic hallucinations, occurring in 25-44% of cases. Common hallucinatory sensations include feelings of weightlessness, flying, or sensing the presence of somebody else.

Lucid dreaming and sleep paralysis are separate from hypnagogic hallucinations but are both phenomena that commonly happen in the hypnagogic and hypnopompic states (between wakefulness and sleep).

Lucid dreaming can have several benefits. Some people report it helps decrease anxiety and improves creativity and problem-solving skills. People also use lucid dreaming as a way to help control nightmares.

In REM sleep, the muscles temporarily lose function. However, sometimes REM muscle function loss can happen between sleeping and waking states while people are still conscious. This phenomenon is called sleep paralysis.

Sleep paralysis can sometimes be scary. Some common feelings that often happen alongside sleep paralysis are being pressed down on or non-existent figures being present in the room.

Having disrupted sleep and a lack of sleep increases the likelihood of sleep paralysis.

How are Hypnagogic Hallucinations Treated?

If somebody is experiencing frequent hypnagogic hallucinations, they may choose to go to a sleep specialist to determine whether the hallucinations are happening due to a sleep disorder, such as narcolepsy.

Consulting with a doctor can determine whether hypnagogic hallucinations are occurring as part of an underlying condition.

As hypnagogic hallucinations can present as a symptom for nervous system disorders, like schizophrenia, PD, or CBS, consulting with a doctor can determine whether the hallucinations are occurring as part of an underlying condition. The diagnosis will help doctors to prescribe appropriate medications and therapy treatments.

Having a regular sleeping pattern and adequate sleep will likely decrease the chance of hypnagogic hallucinations occurring.  The National Sleep Foundation guidelines suggest that adults need between 7-9 hours of sleep per night.

Hypnagogic hallucinations may happen due to a pathological condition and can also happen spontaneously without a clear cause, although it’s likely REM sleep plays a role.

Related article
What Is Calea Zacatechichi, and Why Is It “The Dream Herb”

Our guide to this fascinating …