Written by Natalie Saunders, B.A., LicAc
6 min read
0 comments
Read Later
The following is for informational purposes only. WayofLeaf does NOT advocate the illegal sale, use, or possession of any psychedelics. Be sure to research, understand, and follow all laws and regulations relating to the use and possession of psychedelics in the state or region you live.

N, N-dimethyltryptamine (DMT) is a powerful psychedelic that can induce otherworldly visions, including the appearance of sentient beings, sometimes known as machine elves. This article will explore the mysterious origins of these DMT elves and some possible explanations for their existence.

What Are Clockwork Elves (Machine Elves) or DMT Elves?

A significant proportion of people who take DMT experience vivid hallucinations, often including the presence of sentient beings. These beings may be humanoid or take the form of animals or other creatures. They are often described as aliens, angels, elves, or clowns. However, in some cases, the beings are formless and difficult to describe. 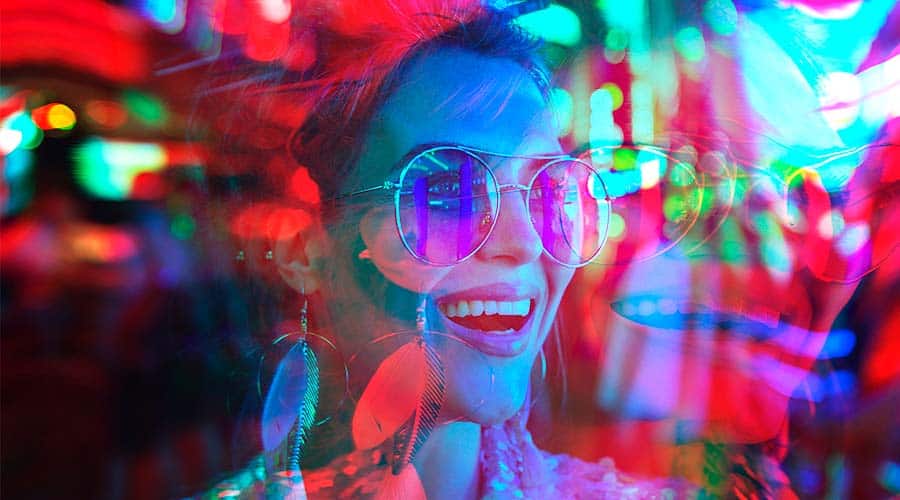 The term “machine elves” was coined by the infamous psychonaut Terence McKenna, who described the appearance of “self-transforming machine elves” during a DMT trip.

However, the entities he described are not necessarily what one would immediately think of when imagining an elf. Rather than being humanoid, these “elves” were bouncing, jewel-encrusted balls, something like Faberge eggs.

The elf comparison likely comes from the entities’ demeanor, which was welcoming and playful. This is a fairly common theme among those who have seen DMT beings. They are often described as jovial, whimsical, and sometimes mischievous.

How Many People Report Seeing Machine Elves or DMT Elves?

While many people report seeing otherworldly beings when entering the DMT realm, mechanical elf encounters are not that common.

A 2022 study published in Scientific Reports looked at the frequency of occurrence of different DMT entities in 3305 Reddit posts made between 2009 and 2018. They found that machine elves only made up 2.9% of encounters. More common encounters included:

Interestingly, 24.2% of the entities were described as feminine, and 34.9% were described as having positive intentions (being benevolent, caring, comforting, or protective). Most reports (87.5%) indicated that the encountered beings were real but existed in another dimension or reality. Furthermore, 65% agreed that the beings continued to exist in this other realm after the experience.

These findings are similar to those of a 2020 study published by the British Association for Psychopharmacology. It asked 2561 online survey participants about their most memorable DMT entity encounter.

The most common descriptions of entities were “being,” “guide,” “spirit,” “alien,” and “helper.” The term “elf” was only used in 14% of the reports. The entities were primarily seen as conscious, intelligent, and benevolent.

As with the 2022 study, most reports suggested the beings existed in an alternate dimension and continued to exist post-encounter.

If someone were to ask you, “what do elves look like?” you would most likely imagine a humanoid with pointed ears. However, Terence McKenna described his machine elves quite differently:

“These elves, things which look like jeweled self-dribbling basketballs or something are all around you and they sing, they make sound in these crystalline high pitched warbling voices and that condenses into the air as objects, and words, and other little beings…. It’s like the sort of thing that they keep in the nurseries of flying saucers…. And these things are like Faberge eggs of jewels and ivory and stone. But they’re not made of jewels and ivory and stone; they’re made of light and meaning and intentional humor and triple entendre.….”

Other psychonauts have described encountering a wide variety of sentient beings in the DMT world. Some felt the entities were aliens; tall, slim, silver-skinned beings with jumbled features. Others describe meeting humanoids, animals, or other fantastical creatures. Some say what they saw was more of a formless being made from fractals or light.

However, most people seem to agree that DMT propels you into another reality, where these beings exist even after the encounter has ended.

In a 2021 study for Frontiers in Psychology, 36 participants were observed ingesting DMT in a naturalistic setting and interviewed after the experience. In addition to encounters with humanoids, animals, or other creatures, 25% of the participants described “sentient structures.” Furthermore, the visions often had mechanical elements, including cogs and wheels.

Some have described this “DMT machine” as being part mechanical, part organic, and operated by or somehow fused with the beings that exist there. It could be that the mechanical nature of this realm has contributed to the popularity of the terms “machine elves” and “clockwork elves.”

However, to the best of our knowledge, the phrase “machine elves” was first used by Terence McKenna. As one of the most renowned and outspoken psychonauts of the 20th century, to what extent his accounts may have influenced subsequent generations of DMT users is unclear.

What Do DMT Elves Do?

DMT is sometimes known as “the spirit molecule,” and DMT experiences often have a mystical or religious quality. It seems that encounters with other beings often play a significant role in this.

In many DMT encounters, the entities involved carry a message or communicate in another way. In the 2020 study mentioned above, 69% of the survey respondents said they received a message, while 19% received a prediction about the future. 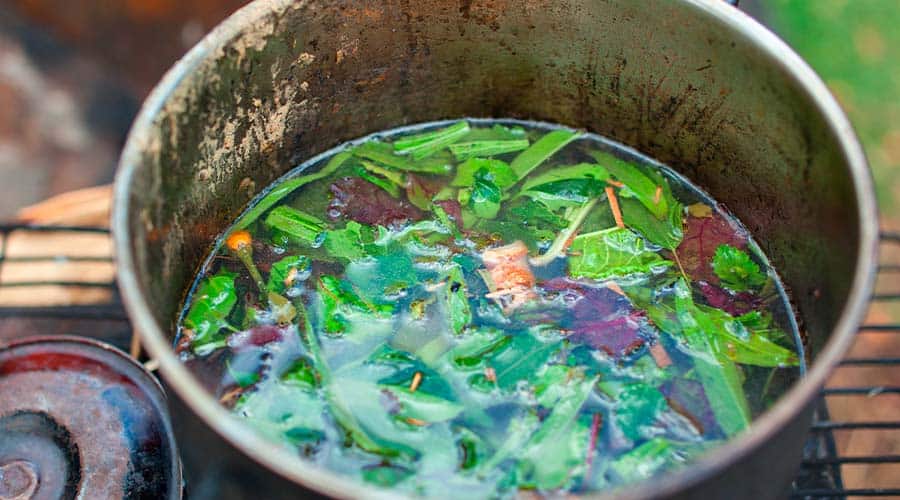 A vast majority (99%) of the encounters elicited an emotional response, most of which were positive. However, 41% of respondents also reported feeling fear.

Most subjects indicated that the encounter was among their most meaningful, spiritual, and psychologically insightful life experiences. Many enjoyed persisting positive changes in mood and behavior, leading to increased satisfaction, purpose, and meaning.

So, what do machine elves do? Could it be that their main purpose is to help bring about these changes? We may never know the precise role of these DMT spirits. However, scientists have some interesting theories about why they appear.

The Science of DMT Hallucinations

DMT is a serotonergic hallucinogen, meaning that it primarily interacts with serotonin receptors. In this sense, it is similar to LSD and psilocybin, the psychedelic compound in magic mushrooms. However, LSD and psilocybin do not tend to produce entity encounters as reliably as DMT does. So, what causes these particular hallucinations?

As well as being a drug, DMT is produced naturally by the human brain, albeit in concentrations too low to cause hallucinations. Some researchers have hypothesized that it has a role as a neurotransmitter, although study into its precise role is ongoing.

So far, research has shown that as well as binding with serotonin receptors, DMT affects the dopamine, glutamate, and acetylcholine systems. It also binds with receptors known as sigma-1, and this is an area of particular interest to researchers.

Sigma-1 receptors play a role in the cellular stress response. Studies suggest they have a protective role when cells are exposed to low oxygen levels, such as during a heart attack or stroke. This is relevant because many people have compared DMT trips to near-death experiences (NDEs).

DMT, Near Death Experiences, and the Collective Unconscious

According to a 2018 study published in Frontiers in Psychology, 2–18% of heart attack survivors describe traveling to an “other realm” and communicating with sentient beings. The study compared 13 participants’ DMT experiences with a group of people who had experienced NDEs and found significant overlap.

Therefore, some scientists believe that naturally-produced DMT is released during death or NDEs. However, it does not explain why people consistently describe encountering sentient beings such as machine elves.

According to Dr. David Luke, a professor at the University of Greenwich, these visions occur with “baffling predictability.” He has suggested that the source could be a pure hallucination or of a psychological nature. For example, the DMT could reveal “unfamiliar aspects of ourselves.”

He even goes so far as to posit that the “hyperspace” DMT users enter is merely a 4D version of reality that the drug allows them to access.

Another theory put forward by the authors of the 2022 study above is that the DMT state taps into the “collective unconscious.”

The idea of the collective unconscious was first proposed by the famous psychiatrist Carl Jung. It suggests that all humans share common ancestral knowledge, including certain archetypes, symbolism, and imagery. It dictates our unconscious state of mind and behavior and could explain why DMT encounters often have similar features. Humans can only imagine what they have already seen, heard, or been told.

Furthermore, there is a good chance that some people ingest DMT with certain expectations, which could influence their experience. Many will have researched the drug thoroughly before using it, which may well include reading the works of psychonauts like McKenna. Could it be that machine elves are largely a product of the power of suggestion? Unfortunately, we may never know.

We may never unravel the mysteries of DMT and its mischievous machine elves. Perhaps that is part of what draws people to this potent psychedelic. What we do know is that this fascinating substance is sparking new interest in the study of consciousness. In the future, it may help us deepen our understanding of the human psyche, life and death, and how we experience existence as a whole.