What Is Syrian Rue?

Peganum harmala, also known as Syrian rue, is a herbaceous plant that grows natively in the Middle East and has traditionally been used in folk medicines for thousands of years.

Syrian rue contains alkaloid molecules called beta-carboline alkaloids, which are mainly responsible for the plant’s effects on human health. The most prominent beta-carbolines in Syrian rue are harmalol, harmaline, and harmine.

As well as health reasons, people also use Syrian rue for psychoactive purposes. At high doses, the beta-alkaloids can have a consciousness-altering effect, and because they inhibit the enzyme monoamine oxidase, Syrian rue can also slow down the breakdown of DMT and prolong the DMT hallucinatory experience.

Read below to learn about Syrian rue’s benefits, safety, and user guidance.

One study investigated the effect of harmalol, harmaline, and harmine on endothelial cells from an isolated rat’s heart and found the beta-carbolines relaxed the blood vessel walls. Harmine gave rise to the most substantial effect. 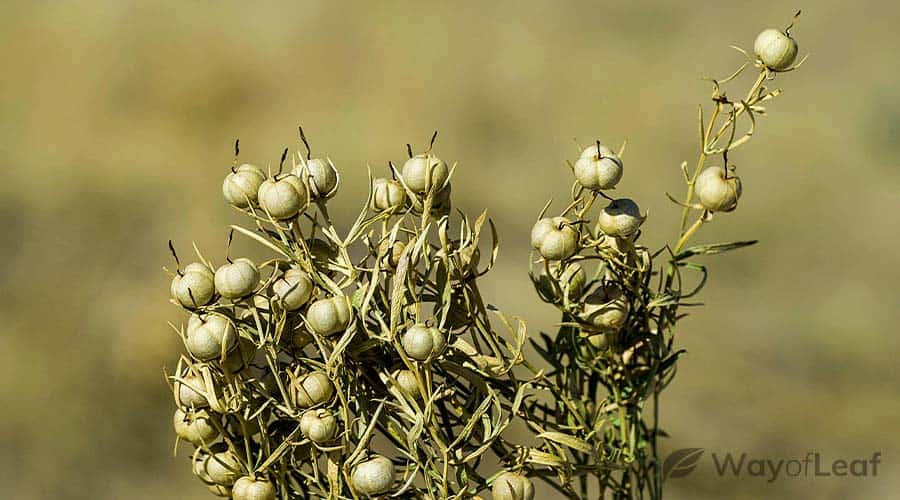 Another study found harmine and harmaline interact with the prostacyclin pathway, a biological set of reactions important in reducing blood pressure.

Beta-carbolines have also been found to decrease blood pressure and heart rate in both awake and anesthetized dogs.

May Be Helpful for the Treatment of Parkinson’s Disease

In traditional Italian and Tunisian medicine, Syrian rue has been used in the treatment of Parkinson’s disease.

An experiment using a mouse model of Parkinson’s found that the naturally occurring beta-carbolines norharman and 9-methylnorharman had disease-preventative effects.

On the other hand, there’s also evidence to suggest certain beta-carbolines could be involved in causing the cell damage to dopamine-producing cells, which is what leads to the symptoms of Parkinson’s.

Because monoamine oxidases break down the neurotransmitter serotonin, beta-alkaloids in Syrian rue may be able to increase serotonin in the brain and compensate for the low levels associated with depression.

A study on rats demonstrated that harmine increased levels of brain-derived neurotrophic factor (BDNF), a chemical molecule thought to be involved in the pathogenesis of depression. Furthermore, behavioral tests showed harmine reduced the animal’s depression-like symptoms.

Several lines of evidence have demonstrated that Syrian rue extracts can decrease pain-associated behaviors in rodents.

Researchers think the analgesic effects of Syrian rue may be because it interacts with opioid receptors, which are essential for decreasing pain perception.

Another use of Syrian rue in folk medicine is the treatment of diabetes, and studies on mice have confirmed this potential therapeutic effect.

Evidence suggests the usefulness of Syrian rue in diabetes is because of the interaction between harmine and PPARy – a biological molecule important for insulin sensitivity.

Researchers have demonstrated how beta-carbolines can “mop up” reactive oxygen species (ROS) – harmful reactive molecules – inside cells and prevent them from causing damage due to oxidative stress.

Because oxidative stress is implicated in neurodegenerative disorders, Syrian rue’s antioxidant activity could mean supplementing with Syrian rue may prevent cognitive impairment associated with things like aging and dementia.

Studies have found that Syrian rue can counteract the harmful effects of immune system overactivation. For example, one finding showed that beta-carbolines could inhibit the release of cytokines, which are immune system molecules that damage surrounding cells.

Therefore, Syrian rue may help reduce symptoms of and protect against disorders of the immune system, such as chronic pain, asthma, allergies, and type 1 diabetes.

Several experiments have demonstrated that Syrian rue is antimicrobial and can inhibit the growth and spread of bacteria and fungi. Syrian rue could therefore help prevent harmful effects from infection and be used to dress wounds.

Side effects reported from ingestion of Syrian rue seed extract have included:

Large doses of Syrian rue can sometimes lead to hospitalization and even be life-threatening. Cases of Syrian rue-induced toxicity typically occur at doses between 50-150 grams of crushed seeds.

Scientists think the side effects of Syrian rue are because of its effect on monoamine oxidase inhibition. Therefore taking Syrian rue alongside other drugs which work with similar mechanisms (such as anti-depressants) should be avoided. The combination could increase the risk of toxicity.

Pregnant people should avoid taking Syrian rue entirely as it can induce miscarriage and has been traditionally used as an abortion agent in the Middle East.

How to Use Syrian Rue

Seeds of the Syrian rue plant can be bought online, either in seed form or as a powder. The seeds can be consumed by chewing for around 30 seconds. However, most people choose to make a tea as this method is less likely to cause unwanted stomach effects. 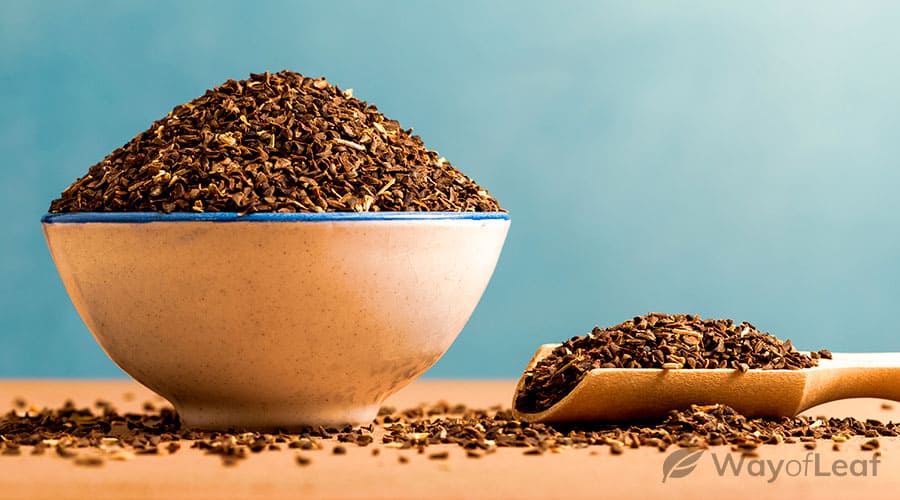 You can make tea either using Syrian rue extract powder or pulverizing the seeds with a pestle and mortar. The extract or pulverized seeds are brewed in warm water for around 30 minutes before straining the mixture.

Online sources suggest recommended doses of Syrian rue range between 1-10 grams with 3 grams per 200 ml of water when making a tea.

Syrian rue may have beneficial effects on human health and could potentially help manage and even prevent certain diseases. However, in high doses, the alkaloids in Syrian rue can be toxic.

Therefore, like all new drugs, if you’re looking to use Syrian rue, then be sure to begin with small doses and purchase the extracts or seeds from a trusted source, and always speak with your doctor or medical professional first.

6 min read
Join The Discussion
TOC
Premium
Your subscription has ended
If you love cannabis and want to support our site, join WayofLeaf Premium today and unlock
Best of all, part of your membership fee will go towards supporting the fight to legalize cannabis.
Sign Up for WoL Premium
Not now
I already have an account
×
Log in to Your Premium Account