In the 1980s, scientific researchers investigated how MDMA, the “love drug,” could help couples resolve relationship issues. However, this research stopped after MDMA was banned in 1985.

Currently, researchers are drawing more attention to the therapeutic potentials of MDMA and other psychedelic drugs to treat various mental health disorders. As they discover more about their biological and psychological effects, scientists are now re-discovering how psychedelic therapy might benefit couples.

We’ve discussed some of the history, science, and current research on psychedelics and couples therapy below.

What Is Couples Counseling?

Couples counseling is a form of talking therapy to help people in intimate relationships resolve conflicts and emotional issues and learn to communicate better.

Through chatting to a therapist, couples can increase their understanding of some of the issues causing difficulties in their relationship. And by better understanding one another and the roots of their behaviors, counseling can guide couples to navigate arguments and other relationship problems more effectively. 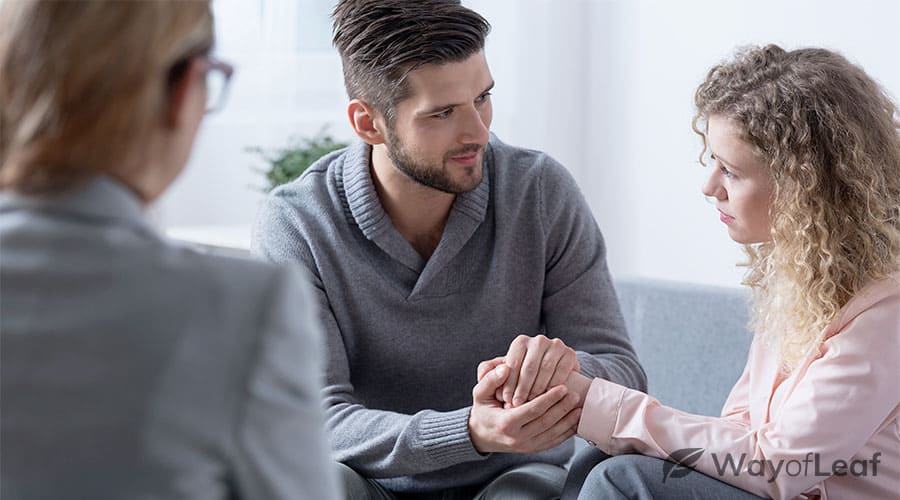 The key goals of couples counseling include:

A therapist will set various tasks for couples outside the therapist room to learn to apply the skills they’ve learned in the counseling sessions in their everyday relationship at home.

Psychedelic therapy involves having a drug-induced psychedelic experience under the guidance of a trained therapist. These experiences are followed up with psychedelic integration sessions that help people make sense of their experience and apply things they’ve learned from the experience into their daily lives.

Currently, psychedelic therapy is being investigated to treat various mental health disorders, but findings suggest this form of therapy may also be helpful for couples counseling.

Having a psychedelic experience may help members of a couple better understand why they behave in specific ways.

One research study found that giving psilocybin to participants increased their levels of emotional empathy. Psychedelic therapy could therefore help people better understand not only their own but also their partners’ behaviors. By realizing why their partners may be acting in a certain way, they may be less likely to react with anger or hostility.

Another study investigated the effects of taking psychedelics together in a group and found that participants had increased levels of social connectedness five weeks following the psychedelic experience.

By helping improve social connectedness, psychedelics could help strengthen a couples’ tolerance of one another’s differences, helping them learn from each other’s differences instead of arguing against or trying to change their partner’s beliefs.

Before its criminalization in 1985, several different researchers investigated MDMA as a tool for couples therapy.

One of these researchers includes the psychotherapist Rick Ingrasci, who used MDMA to help treat couples in over 50 different sessions between 1980 to 1985. Ingrasci noticed how the drug helped couples feel more at ease, allowing them to communicate in more honest and open ways. In a paper published in 1985 (link at the bottom of the page), he quotes:

‘‘I have seen MDMA help many couples break through long-standing communication blocks because of the safety that emerges in the session as a result of the drug.’’

How Does MDMA Work for Couples Therapy?

Researchers have shown that MDMA can decrease activity in a brain area called the amygdala.

As activity in the amygdala is responsible for creating fear responses, MDMA can decrease overt emotional reactions and help people feel more at ease discussing troubling issues. This free expression of honest thoughts and feelings can significantly improve communication.

Experiments have also shown that MDMA increases the amount of a chemical messenger molecule in the brain called oxytocin.

Oxytocin is sometimes referred to as the “love chemical,” as it increases during hugging, orgasms, childbirth, and breastfeeding and is associated with feelings of empathy and compassion. By increasing oxytocin, MDMA can help couples to be more understanding and compassionate towards their partners.

Post-traumatic stress disorder (PTSD) refers to the psychological and physical effects of being exposed to a traumatic event, including repeated flashbacks and nightmares relating to the event.

Because people with PTSD may find it more challenging to regulate their emotions and may have difficulty connecting to and trusting others, they can experience difficulties within relationships. One research study showed that war veterans with PTSD were more likely to be hostile and psychologically abusive in relationships. 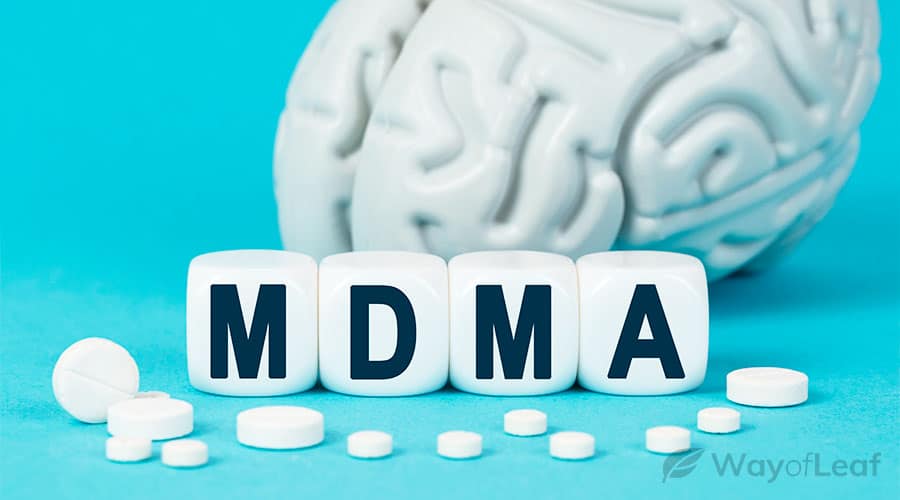 Increasingly, studies are showing that MDMA can help heal PTSD by allowing patients to explore their traumatic memory without causing the associated fear responses.

By helping improve PTSD, MDMA-facilitated therapy for couples may improve relationship dynamics for people with PTSD. MDMA could also help those without PTSD increase empathy and compassion towards partners with the condition.

MDMA-facilitated therapy for couples may improve relationship dynamics for people with PTSD.

In one study, a group of scientists investigated whether MDMA could facilitate cognitive-behavioral conjoint therapy (CBCT) – a treatment for couples where either one or both people in a relationship have PTSD. The therapy aims to simultaneously reduce PTSD whilst improving relationship functioning.

The six couples in the study had several CBCT sessions, which included sessions involving MDMA and preparation and integration sessions. After six months following the course of therapy, all but one of the participants showed a decrease in their symptoms of PTSD and all couples had improved relationship satisfaction.

Summary on Psychedelics and Couples Therapy

Although there have been limited experiments to date, the effects of psychedelics on empathy, tolerance, and bonding, means psychedelic therapy could be well-suited to aiding couples counseling.

Currently, MDMA-based therapy is the main target for researchers investigating psychedelic therapy for couples. However, with more light shed on the usefulness of classic psychedelics like LSD and psilocybin, in treating mental health disorders, we may start to see more research on the effects of these drugs in relationships.

Why Do People Use Hallucinogens? [Explained]

The most common reasons