Medically reviewed by Dr. Sibin Stephen
Written by Martha Allitt
5 min read
0 comments
Read Later
The following is for informational purposes only. WayofLeaf does NOT advocate the illegal sale, use, or possession of any psychedelics. Be sure to research, understand, and follow all laws and regulations relating to the use and possession of psychedelics in the state or region you live.

Traumatic brain injury (TBI) is one of the leading causes of death and disability, costing the globe around 400-billion USD dollars per year. That’s the equivalent of 0.5% of the world’s economic yearly value. Because of this, finding effective ways to treat TBI remains an ongoing global concern.

Psychedelics have shown promise in treating a variety of different mental health disorders. Based on their biological and psychological effects, researchers are wondering whether they could help treat TBI. We’ve investigated some of these effects and explored the rationale behind psychedelics to treat TBI below.

What Is a Traumatic Brain Injury?

Traumatic brain injury (TBI) is a form of acquired brain injury that leads to disruption in the brain’s function. Common causes of TBI include:

The cause of injury and degree of force during the injury will influence how much damage is caused by the TBI and how long symptoms persist.

TBI can have a wide range of different mental and physical effects on the injured person. The onset of symptoms can also vary from person to person. For some people, effects of TBI may occur immediately following the injury, whereas, for others, they may onset after several weeks. 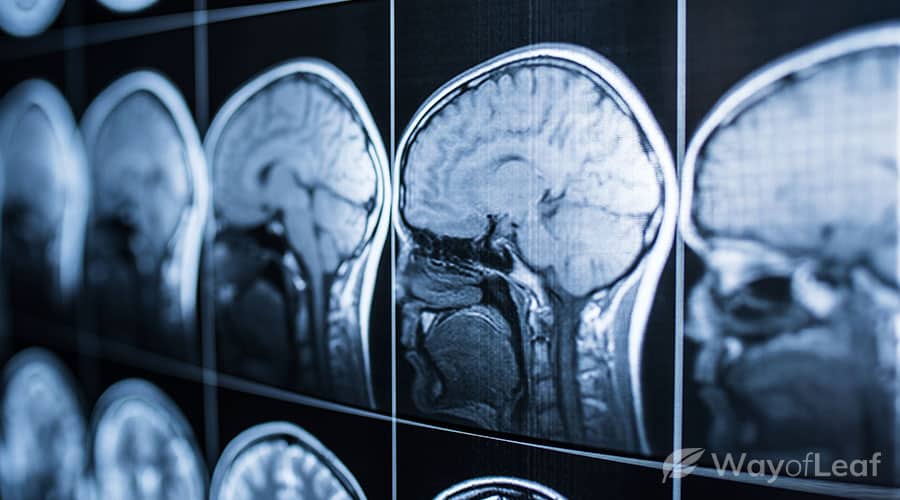 During TBI, nerve cells inside the brain are damaged and destroyed, disrupting the functioning of different nerve cell circuits.

Communication circuits between nerve cells play several different roles in daily functioning, including processes like learning, movement, sensation, and mood. Which nerve cell type and which circuits are affected by the TBI will determine what symptoms might occur.

The symptoms of TBI can be divided into different categories. These include:

Physical effects: Seizures; Headaches; Loss of, or altered, vision and smell; Dizziness; Hearing loss or ringing in the ear; Problems swallowing; Paralysis in the facial muscles; Unconsciousness and coma (in severe cases)

If a TBI leads to blood vessels rupturing within the brain, blood clots can form, resulting in large groups of nerve cells that lack a supply of oxygen and nutrients, leading to mass brain-tissue death.

Why Are Scientists Interested in Using Psychedelics to Treat Brain Injuries?

Psychedelics have made a re-emergence into Western scientific research over recent years, with numerous studies showing that psychedelic drugs like LSD and psilocybin can help treat various disorders, including depression and anxiety, OCD, and headaches. Researchers are now beginning to wonder whether they could help treat TBI.

Here are some of the reasons scientists think psychedelics could help treat TBI.

Activating the 5-HT2A receptor, the main receptor LSD and psilocybin interact with, can decrease the neuroimmune system response.

Neuroimmune cells interfere with natural repair mechanisms in the brain, break down the protective barrier outside of the brain known as the blood-brain barrier, and initiate specific cellular processes that cause cell death. These processes perpetuate brain injury, illustrating the need for novel mechanisms that may stop the inflammation following TBI.

Scientific research has shown that activating the 5-HT2A receptor, the main receptor LSD and psilocybin interact with in the brain, can decrease the neuroimmune system response. Data shows that another psychedelic, DMT, may potentially decrease brain injury following a stroke, which could be explained by its effects on the neuroinflammatory system.

Neurogenesis is the process by which new nerve cells are formed in the brain. Scientists believe that neurogenesis in an area of the brain called the hippocampus plays a vital role in learning, memory, and mood.

Evidence has shown that neurogenesis in the hippocampus is impaired following TBI. This damage may account for some of the long-term emotional and cognitive problems experienced by people with TBI.

Psychedelics have biological mechanisms that increase neuroplasticity, which means they may speed up the process of re-learning.

Research shows that psychedelics have biological mechanisms in the brain that increase neuroplasticity, which means they may speed up the process of re-learning in TBI patients.

Psychedelic-assisted psychotherapy is when psychedelic drugs are taken in a clinical setting, under the supervision of a therapist, to help aid with a course of talking therapy.

As well as the biological benefits of psychedelics, psychedelics could also help improve some of the psychological symptoms following TBI.

Studies have shown psilocybin-assisted psychotherapy can help improve symptoms of depression in people with major depressive disorder (MDD). As an estimated 25% of TBI cases develop MDD, psilocybin-based treatments could help this particular group of patients.

Psychedelics for TBI and PTSD

The situation which caused the brain injury in TBI is often traumatic, such as car injuries or facing blows to the head in acts of violence. These situations mean people can go on to develop post-traumatic stress disorder (PTSD) as well as TBI.

PTSD is a condition that occurs following a traumatic event, where people have repeated frightening and intense memories of the traumatic event. People with PTSD often experience flashbacks and nightmares related to the trauma, making them scared of things that remind them of it. 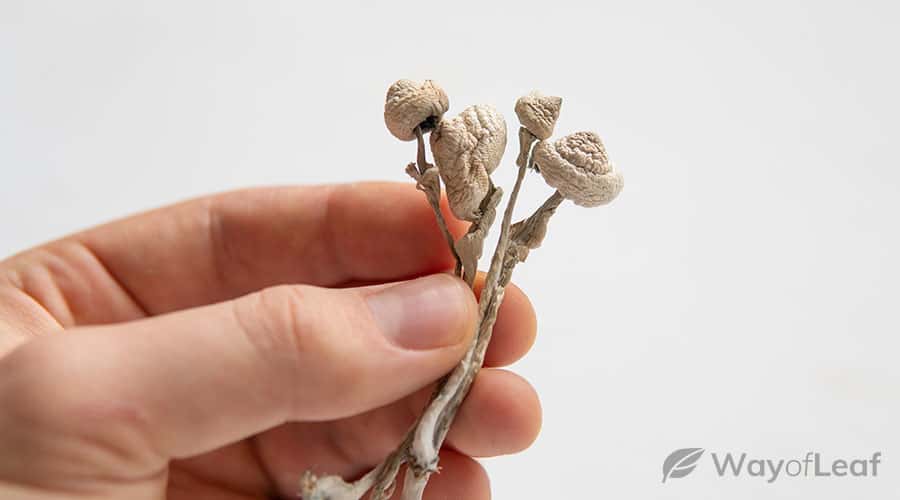 The charity organization Heroic Hearts (see link below) is currently working to help military veterans access psychedelic therapy. In collaboration with researchers from Imperial College London, they are working on a scientific study to determine the effect of psychedelic therapy on recovery from brain injury, including the recovery from PTSD relating to the event.

Psychedelics could have many beneficial effects on TBI. Treatment with psychedelics could help restore some of the biological damage of injuries, and combined with therapy; they could help improve psychological symptoms, such as depression and PTSD. It’s essential to keep in mind that much of the research mentioned earlier remains pre-clinical and in a laboratory setting; however, these types of data help inform scientists how best to move forward and apply these learnings in a real-world setting.

With a major need to develop effective treatments, and the promising potentials of psychedelics, more companies are starting to invest in this new area of research.

How it could impact the brain…