Scopolamine is a drug with numerous medicinal uses. However, it is also prone to abuse, sometimes with lethal consequences. There have been multiple reports of poisonings, including accidental poisonings by individuals attempting to use the drug recreationally and deliberate poisoning of victims of criminal activity.

This article explains all about scopolamine and why it is nicknamed “Devil’s Breath.”

Scopolamine is a psychoactive drug with anticholinergic effects. What this means is that it blocks the activity of the neurotransmitter acetylcholine.

Acetylcholine has a vital role in the parasympathetic nervous system. It influences smooth muscle contractions and plays a role in digestion, urination, respiration, and more.

The neurotransmitter exerts its effects by binding with muscarinic receptors. These receptors are also the binding site for scopolamine.

Because scopolamine binds with the same receptors as acetylcholine, it blocks the neurotransmitter’s activity. Furthermore, it can cross the blood-brain barrier, giving it a powerful influence over both body and mind. 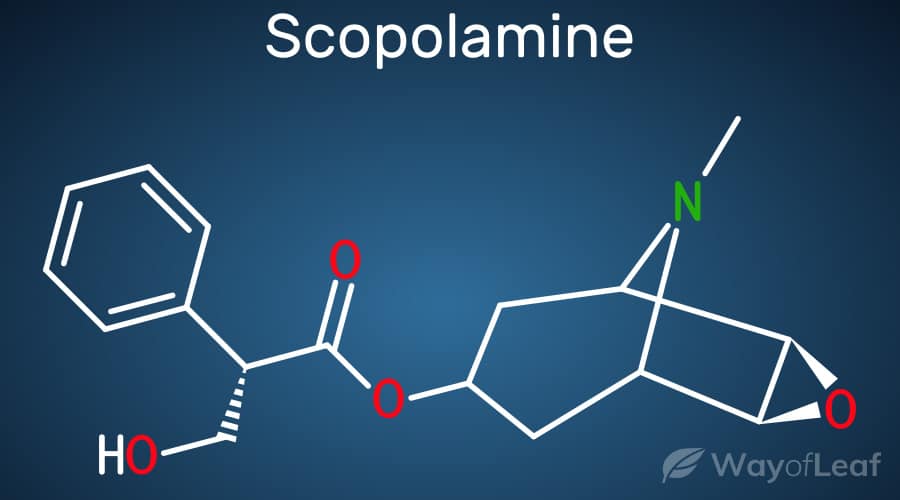 Doctors prescribe scopolamine for a variety of reasons, which we will discuss below. However, it also has a dark side, leading some to nickname it “Devil’s Breath.”

It has a long history in European witchcraft and occurs naturally in several plants traditionally believed to have magical properties. Examples include Datura stramonium (jimson weed), Hyoscyamus niger (henbane), and Mandragora officinarum (mandrake).

In large doses, scopolamine can cause hallucinations, leading some people to abuse it. However, the risk of overdose is high, and there have been many cases of accidental poisoning.

Criminal administration is where the drug is used to induce a submissive state in which drugged victims willingly hand over cash and valuables. The practice is common in South America, especially Colombia, where scopolamine is known as burundanga.

Finally, scopolamine has been implicated in drug-facilitated sexual assaults in the USA. The substance has amnesic qualities, allowing perpetrators to effectively erase their victims’ memories of the crime.

What Is Scopolamine Used For?

Doctors have been using scopolamine as a medical treatment for decades.

In the early 20th century, German physicians promoted it for easing childbirth together with morphine. The combination reportedly allowed women to forget the pain of labor by inducing a sedative “twilight sleep.” The two drugs are still occasionally given to women undergoing cesarean section, although side effects are common.

Scopolamine’s primary medical use is as a treatment for postoperative nausea and vomiting or motion sickness.

Nowadays, scopolamine’s primary medical use is as a treatment for postoperative nausea and vomiting or motion sickness. It is available as a transdermal patch, slowly releasing the drug into the bloodstream over 72 hours.

There are various other off-label uses for scopolamine, including:

Researchers are also investigating its potential for heroin withdrawals in combination with the antipsychotic drug chlorpromazine.

Because it blocks acetylcholine activity, scopolamine can cause both physical and psychological effects. Some of the best-researched examples include:

Scopolamine reduces activity in the parasympathetic nervous system. This leads to smooth muscle relaxation and reduced gland secretion. It slows digestion and urine production and causes mucous membranes to become dry. These are commonly known as antimuscarinic effects.

Scopolamine is an effective antiemetic, which is why doctors frequently prescribe it to patients experiencing nausea and vomiting. However, the exact mechanism of action by which it addresses these symptoms is unclear.

Scopolamine’s drug effects are mainly sedative, although, in high doses, it can cause overexcitement and restlessness. It can also cause hallucinations and inhibit the formation of short-term memories, hence its use as an amnesic agent.

Some of the most common devils’ breath side effects include: 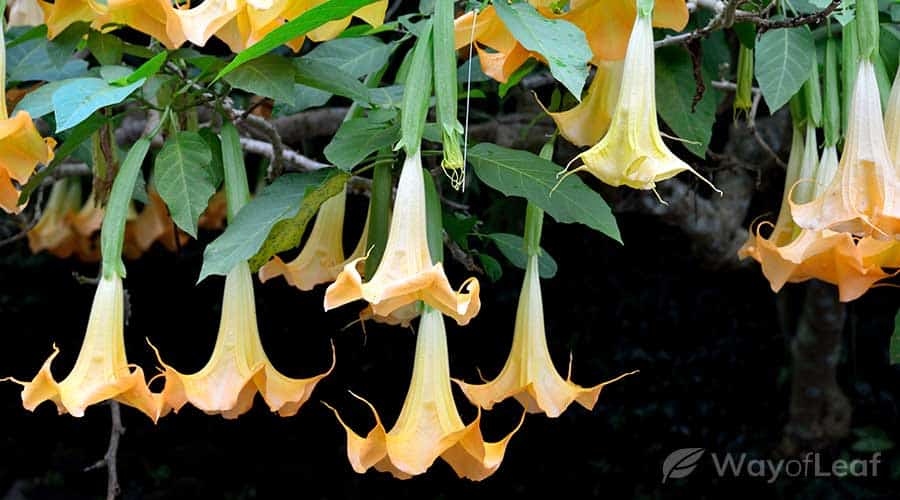 An overdose of scopolamine can cause the following symptoms:

In severe cases, scopolamine overdose can lead to respiratory paralysis, coma, and death.

Scopolamine is an anticholinergic drug with multiple therapeutic uses. However, it is also subject to abuse by those pursuing its hallucinogenic properties or criminals hoping to render their victims unable to resist or remember the crime.

Scopolamine’s effects can be dangerous and, in some cases, fatal.

Unfortunately, scopolamine’s effects can be dangerous and, in some cases, fatal. Therefore, individuals should only use it under close medical supervision after carefully weighing the benefits against the risks.

Related article
Why Do People Use Hallucinogens? [Explained]

The most common reasons…