The default mode network (DMN) is a group of brain areas that function collectively. One of the main functions of the DMN is creating the experience of self or ego.

Researchers have found that when people take psychedelic drugs, activity in their DMN decreases. We’ve explored this connection and looked at how the DMN could explain some of the effects and therapeutic benefits of psychedelics.

What Is the Default Mode Network (DMN)?

The default mode network (DMN) is a term given to a group of functionally connected areas of the brain.

A group of researchers in 2001 discovered the DMN while investigating which brain areas were active while study participants weren’t engaged in any specific mental tasks.

When the participants were relaxed with their eyes either closed or passively looking at something, the researchers found a network of brain regions that were consistently activated. They called this resting brain network the DMN. 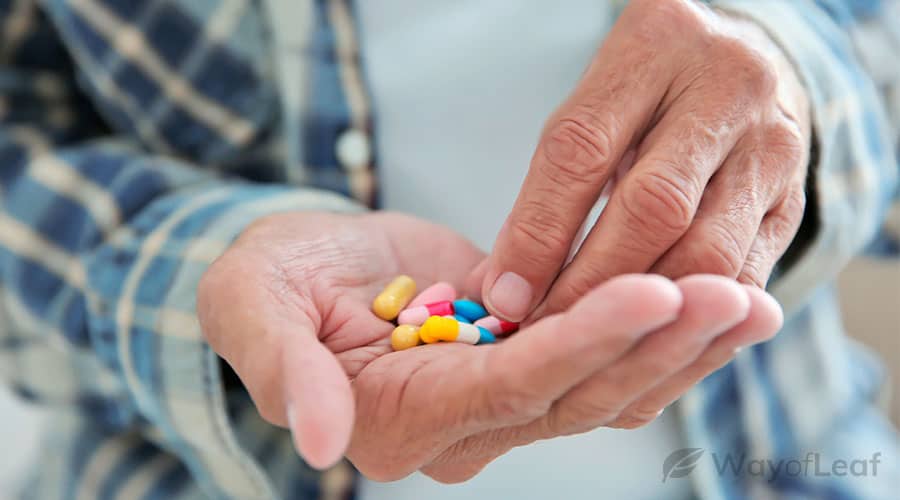 The DMN and TPN have an antagonistic relationship, meaning that as one network becomes more active, the other one becomes less so.

Changes in the DMN are associated with impairments in episodic memory – the ability to recollect a personal experience from the past – that occurs with old age.

Brain imaging has found that the strength of connections in the DMN increases as people mature from childhood to adulthood, from around age six. As adults become older, some of the connectivity in the DMN becomes weaker. These changes are associated with impairments in episodic memory – the ability to recollect a personal experience from the past – that occurs with old age.

Scientists have also found similar brain networks to the DMN in chimpanzees, dogs, and rodents.

What Parts of the Brain Are in the Default Mode Network?

Scientists have determined which brain areas are involved in the DMN using functional magnetic resonance imaging (fMRI). fMRI is a brain-imaging technology that detects changes in blood oxygen levels to show which areas are more active under specific conditions.

Here are the main brain areas thought to make up the DMN:

The MTL is located at the bottom of the brain towards the middle. It includes the hippocampus, parahippocampus, and amygdala. The MTL is believed to play important roles in episodic and spatial memory.

The MPC is located at the front of the brain towards the middle. Functions associated with the MPC include:

The PCC is part of the limbic system – the part of the brain involved in emotional responses. It is located towards the back, in the middle area of the brain. It’s unclear what the functions of the PCC are, but it likely plays a role in retrieving memories.

What Does the Default Mode Network Do?

Functions of the DMN

Although scientists have called the DMN active at rest, there’s still lots of mental activity happening when we’re not engaging in a task or focusing attention on the outside world. These mental activities are thought to be caused by the DMN. They include:

Scholars have associated the DMN with the sense of self or ego since the DMN becomes highly active when people in studies are instructed to think about themselves.

Because studies have found that DMN activity increases during REM stages of sleep, scientists have also proposed that the DMN may play a role in dreaming.

The Role of the DMN in Mental Health

Rumination is the scientific term for when people become stuck in repetitive thoughts or thought patterns, and it may play a role in several mental health disorders. For example, in the case of depression, patients often experience inescapable self-critical thoughts, such as not feeling worthy enough or feeling unwanted by people around them.

Brain imaging studies have demonstrated that the DMN is active during rumination, and therefore, may be responsible. The link between the DMN and rumination also suggests the DMN may play a role in developing various mental health conditions.

Brain imaging has highlighted the role of the DMN in attention-deficit hyperactivity disorder (ADHD). For example, one study measured brain activation of the DMN in ADHD patients during a behavioral task that required focused attention. The researchers found that medicated ADHD patients had better performance scores than unmedicated patients, associated with decreased activity in their DMN.

The reduced ability to decrease DMN activity may explain why people with ADHD find it difficult to focus.

Scientists have also demonstrated that patients with schizophrenia show abnormal activity in their DMN compared to people without schizophrenia.

How Do Psychedelics Affect the DMN?

Reduced DMN May Explain Some of Psychedelics’ Effects

Brain-imaging studies have consistently found that classic psychedelic drugs, including LSD, psilocybin, and ayahuasca, decrease activity in the DMN. 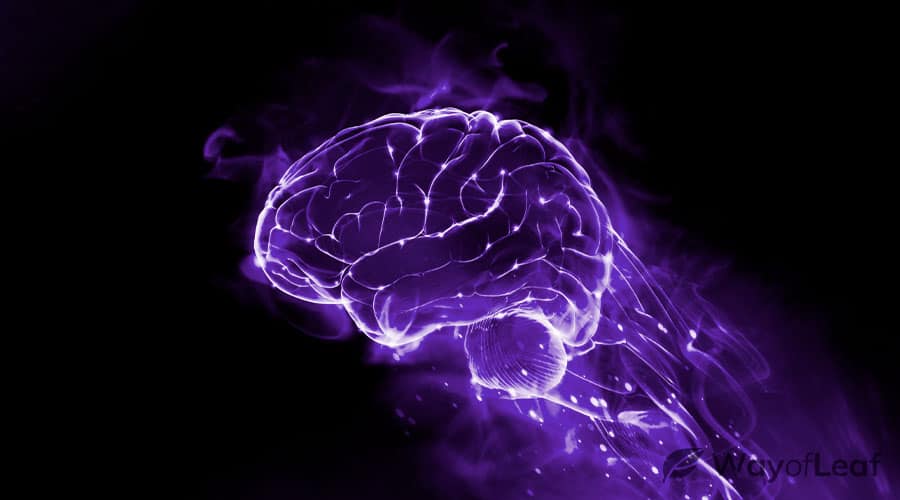 A common effect from a high dose of psychedelics is “ego-death”, which refers to a loss of sense of self and an increased feeling of connection to the world around. Because of the link between the DMN and self-reflection, a decreased DMN activity could explain the biology underlying psychedelics-induced ego death.

Because the DMN isn’t properly formed in children, the DMN may also explain why people may feel child-like and more imaginative during psychedelic experiences than in ordinary consciousness.

Why the DMN May Be Important in Psychedelic Therapy

Over recent years, there has been increasing evidence highlighting the effectiveness of psilocybin therapy as a treatment for depression, OCD, and anxiety associated with end-of-life.

A theory to explain psilocybin’s usefulness in mental health could be that by decreasing DMN activity, it prevents negative ruminating thoughts.

Scientists have also proposed a secondary theory that psilocybin also resets the DMN. Like a computer defragmenting, the idea is that after psilocybin shuts down the DMN, the DMN becomes more flexible on re-activation allowing patients to change pre-existing thought patterns.

Scientists suggested this reset theory after finding that depressed patients who underwent psilocybin therapy had increased DMN connectivity in the weeks following their treatment while continuing to feel antidepressant effects.

What is it and why does it occ…

Meditation and the DMN

Studies have found that, similar to psychedelics, during meditation practices, DMN activity decreases. Through meditation, practitioners can foster a sense of selflessness, which could be explained by the DMN. This effect is comparable to ego-death on psychedelics.

Bottom Line on the Default Mode Network and Psychedelics

Although the default mode network may offer some explanations for the effects of psychedelics, there is still a lot we don’t understand. When investigating concepts such as the sense of self, it’s challenging to provide explanations with science alone.

Because of the associations between psychedelics, the DMN, and mental health, scientists may learn more about different mental health conditions.

However, because of the associations between psychedelics, the DMN, and mental health, scientists may learn more about some of the psychological and biological factors underpinning different mental health conditions, leading to more effective treatments.