There are many different types of psychedelics. However, few provide as intense an experience as 5-MeO-DMT. Its full chemical name is 5-Methoxy-N, N-dimethyltryptamine. This psychedelic substance of the tryptamine class is found naturally in the Colorado River toad (Bufo alvarius). The toad is the only animal source of 5-MeO-DMT.

It is forgivable to confuse the so-called ‘god molecule’ with another psychedelic, DMT, which is often referred to as the spirit molecule. Indeed, the duo is structurally related. However, there is a world of difference between how they affect users. In this article, we look at 5-MeO-DMT vs. DMT, and analyze the differences between them.

5-MeO-DMT is a potent psychedelic. Aside from being found in the Colorado River toad, it is also present in a select group of plants. However, it is mainly created synthetically. The tryptamine class it belongs to also includes DMT (N, N-dimethyltryptamine) and psilocybin.

The oldest known use of 5-MeO-DMT comes from Central and South America. In these regions, shamans have used the substance in religious ceremonies for millennia. Even today, users in these locations source the drug from Virola theiodora or Anandenanthera peregrina. 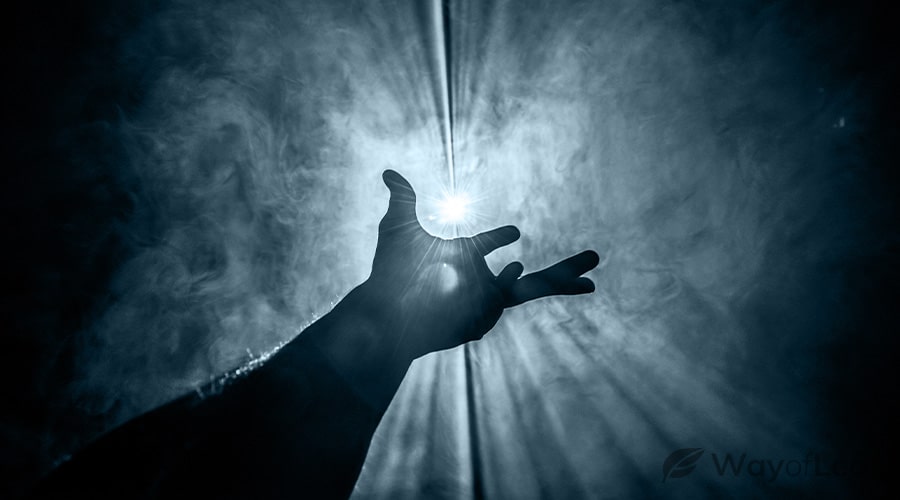 Its popularity has increased in recent years. There are numerous anecdotal reports of its apparent healing properties. Interest spiked after former heavyweight boxing champion Mike Tyson spoke of his experience with 5-MeO-DMT on the Joe Rogan Experience podcast. Over 10 million people tuned in as Tyson outlined the remarkable effects of the drug.

According to Tyson, he looked at life and people differently after using it. He explained that he had tried a myriad of other drugs, but none had close to the same effect as 5-MeO-DMT.

A vaporized dose of the drug from the Colorado River toad produces an effect within 30 seconds of consumption. Users suggest the experience can last 7-90 minutes, with an average of 20 minutes.

The most common forms of inhalation are smoking and vaporization.

What Are the Possible Benefits of 5-MeO-DMT?

A study published in Psychopharmacology in 2019 looked into the effects of 5-MeO-DMT. Forty-two volunteers completed a variety of psychological tests. Next, they inhaled vapor from dried toad secretion that contained the 5-MeO-DMT psychedelic. The volunteers completed the tests again approximately one day later. Twenty-four of them returned to complete the tests once more around four weeks after the first test.

The researchers found that the participants reported improved feelings regarding anxiety, depression, mindfulness, and life satisfaction after using the drug. Moreover, these positive effects lasted for four weeks after the initial study.

These findings were in line with a study published in the American Journal of Drug and Alcohol Abuse in 2019. The survey involved 362 adults who used 5-MeO-DMT. An incredible 80% of them reported improvements in depression and anxiety after using the drug. They also claimed to have improved life satisfaction and wellbeing.

Those who had intense mystical experiences reported the greatest level of improvement. Researchers are excited about 5-MeO-DMT because it acts fast, and its psychedelic effects are brief.

What Are the Possible Risks of 5-MeO-DMT?

The Psychopharmacology study’s researchers suggested that 5-MeO-DMT had a low risk for health and legal consequences. They wrote that the drug had a safe profile of use.

However, it provides an incredibly intense experience that could terrify some users. Issues such as delusional interactions, respiratory depression, and short-term loss of consciousness are possible. 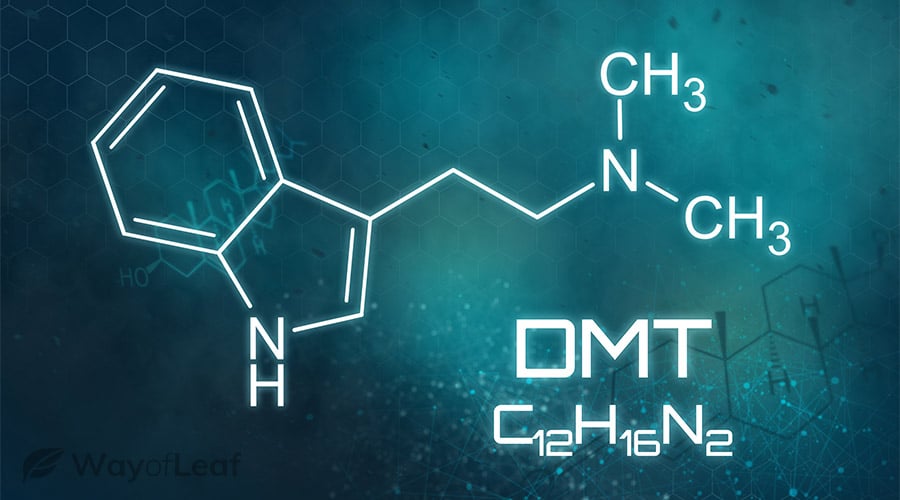 It is also advisable to avoid 5-MeO-DMT when using MAOIs such as antidepressants. Combining the two drugs could result in the following serious side effects:

The Legality of 5-MeO-DMT

At present, 5-MeO-DMT remains a Schedule I controlled substance in the United States. As a result, it is illegal to manufacture, distribute, possess, or purchase it. However, the city of Oakland decriminalized all entheogenic plants in 2019. Therefore, adults aged 21+ can use 5-MeO-DMT derived from such plants legally.

Related article
Why Are Psychedelics Illegal?

The drug isn’t controlled in Canada or Mexico. Indeed, 5-MeO-DMT retreats are common in Mexico.

The drug is illegal in most European countries, along with New Zealand and Australia.

5-MeO-DMT vs. DMT – Similarities and  Differences

In the DMT vs. 5-MeO-DMT stakes, there are few similarities. Both chemicals are naturally produced by certain plant and animal species. As we previously mentioned, one of the best-known sources of 5-MeO-DMT is the Colorado River toad. Meanwhile, DMT tends to be extracted from plants such as Psychotria viridis or Mimosa hostilis. It is also possible to synthesize both substances in a lab.

5-MeO-DMT is a derivative of DMT, which means it is a related compound.

5-MeO-DMT is a derivative of DMT, which means it is a related compound. The two chemicals have a similar molecular structure and both interact with serotonin receptors in the brain. However, they produce vastly different effects.

Final Thoughts on 5-MeO-DMT vs. DMT

Recent studies suggest that 5-MeO-DMT could help with symptoms of depression and may also improve life satisfaction. It potentially provides a life-changing experience, according to some users.

Research is ongoing, but it seems to have a reasonable safety profile. However, potential users must proceed with caution. Please seek the advice of a professional prior to using any psychedelic substance and do so only with a properly trained guide.

Related article
How Do I Choose an Ayahuasca Retreat Center? [Explained]