Medically reviewed by Lynn Marie Morski, MD, Esq.
Written by Natalie Saunders, B.A., LicAc
6 min read
0 comments
Read Later
The following is for informational purposes only. WayofLeaf does NOT advocate the illegal sale, use, or possession of any psychedelics. Be sure to research, understand, and follow all laws and regulations relating to the use and possession of psychedelics in the state or region you live.

Ego dissolution, also known as ego death, is a possible outcome of using psychedelic drugs. It may also take place with specific spiritual or meditative practices.

Many people consider ego dissolution a beneficial effect that can assist personal growth and emotional wellbeing.

Many people consider it a beneficial effect that can assist personal growth and emotional wellbeing. However, while some people welcome the experience, others may find it frightening and disorienting.

This article aims to answer some of the most frequently asked questions about ego dissolution. Read on for our complete guide.

What Is Ego Dissolution?

Ego dissolution is also known as ego death, ego loss, or ego disintegration. All of these terms describe the same phenomenon, which we discuss in detail below. However, to truly grasp what ego dissolution means, it is first necessary to understand the concept of the ego.

The Ego as Sense of Self: A Freudian Perspective

Sigmund Freud, the famous Austrian neurologist and founder of psychoanalysis, was the first to propose the ego’s existence. He developed a framework called structural theory that divided an individual’s personality into three distinct components: The id, the ego, and the super-ego.

He saw the id as a person’s instinctual, unconscious drives such as hunger and libido. It was concerned with gratification only and had no consideration for the external world. Therefore, the ego’s task was to keep the id in check, helping to meet its needs while remaining safe and socially responsible. 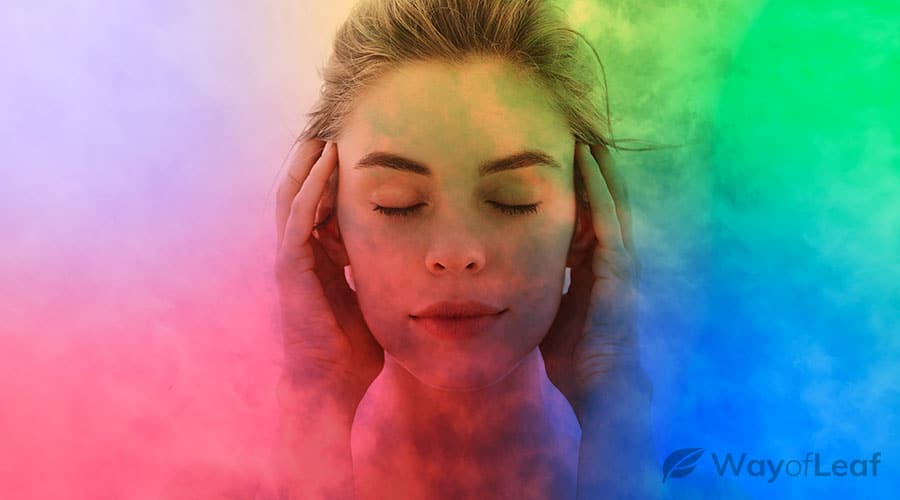 One well-known analogy compares the id to a horse and the ego to its rider. While the id possesses the power and drive, it is up to the ego to steer it in the right direction. The ego must be highly organized, analytical, rational, and logical to do this. Therefore, many people compare the ego to conscious thought.

Meanwhile, Freud saw the super-ego as an internalization of repressed desires or a set of moral beliefs. It was concerned with ideals and perfection, especially regarding the self. Some might compare it to a critical parent, judging the ego’s every move.

Freud posited that, together, the id, ego, and super-ego formed the basis of one’s personality and sense of self. His theory went on to become the basis for many important psychological works. However, some people’s view of the ego has shifted unfavorably over time.

Modern Interpretations of the Ego

Nowadays, the meaning of the word ego has different connotations, and people often refer to it negatively.

It has come to include all that contributes to a person’s sense of self, including their possessions, relationships, and career. Some people see these symbols of status and power as the root of many of our world’s current problems.

They suggest that our perception of ourselves as separate, isolated beings has led to political, ecological, and personal turmoil. They believe the antidote is unity, and one way to achieve this is by diminishing our sense of separateness via ego dissolution.

One way to achieve ego dissolution is through the consumption of psychedelics. Most people associate the phenomenon with the classic hallucinogens, including:

However, other substances that can induce ego death include dissociative anesthetics (e.g., ketamine) and kappa-opioid receptor agonists (e.g., salvia). We still do not completely understand precisely how all of these drugs cause ego dissolution. However, scientists have made significant progress regarding the classic hallucinogens, at least.

Ego Dissolution and the Classic Hallucinogens

They found that ego death on acid was associated with decreased activity between the parahippocampus and retrosplenial cortex. This discovery suggests that these brain regions may be involved in maintaining ego and our sense of self.

A 2020 study on psilocybin showed that the neurotransmitter glutamate also influenced ego dissolution.

Know what to expect…

The prefrontal cortex is a crucial component of a brain network called the default mode network (DMN). The DMN is not a specific part of the brain but rather a communication network between several regions.

Its roles include processing thoughts relating to oneself, autobiographical recollection, thinking about the past or future, and mind-wandering. This collection of functions has led many experts to present the DMN as a neurological equivalent to the ego.

A 2015 study on the DMT-containing ayahuasca brew supports this idea. It showed that ayahuasca reduced activity in most parts of the DMN, including the medial prefrontal cortex. These findings help to explain why ego death on DMT and ayahuasca is so common.

What Causes Death of the Ego?

The idea that the DMN is involved in the process of losing ego is becoming more widely accepted. However, other factors may also be involved.

For example, a 2018 study into network connectivity and LSD had similar findings to the research above.

Using functional magnetic resonance imaging (fMRI), the authors demonstrated that LSD decreased activity within the DMN and other networks. However, they also showed that the drug simultaneously increased between-network activity.

These results are in line with an earlier 2016 study that correlated ego dissolution with increased global connectivity. Simply put, there was an increase in communication between various brain networks that are usually distinct.

What Happens After Ego Death?

Disruption of the DMN appears to create a state of entropy, or disorder, in specific brain regions. Experts believe that this entropy brings us closer to something known as “primary consciousness,” or what Freud may have seen as the id.

These primary states also occur during rapid eye movement (REM) sleep, causing us to dream. They can lead to what some people refer to as “mystical experiences” or “spiritual awakenings,” as well as ego death. 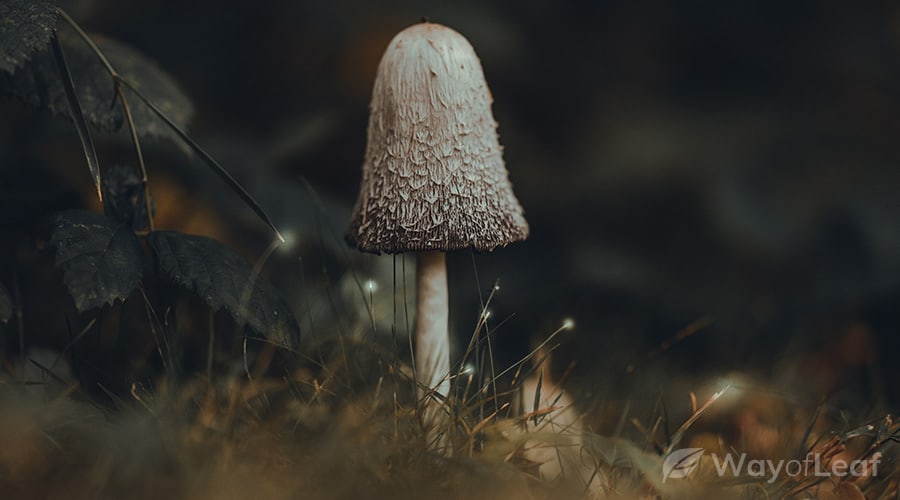 When these experiences happen under the influence of psychedelics, they can significantly alter one’s perspective on life. People report feelings such as:

This can lead to significant alterations in a person’s worldview and may instigate lasting positive changes.

There is currently little research relating to the possibility of permanent ego death. However, people sometimes continue to experience the after-effects of psychedelics for weeks or even months after ingestion.

During this timeframe, an individual can make a conscious effort to integrate the lessons from their journey into everyday life. Doing so may increase the chances of longer-lasting ego dissolution and maximize the benefits of the experience.

How to Have an Ego Death

Although ego death experiences often occur due to psychedelic use, they are not guaranteed every time.

A 2020 study suggests that dosage could play an essential role. The authors investigated the effects of 25, 50, 100, and 200μg LSD doses on 16 healthy volunteers. They found that the highest dose induced the most significant ego dissolution. However, it also significantly increased the risk of side effects, such as anxiety.

Mystical experiences, including ego death, can also happen due to certain spiritual practices or deep meditation. They may also occur spontaneously during some mental illnesses, such as schizophrenia and psychosis.

Since ego dissolution is not a medical condition, it is inaccurate to say there are specific ego death symptoms. However, scientists have developed a scale to measure the phenomenon during research studies. It is known as the Ego Dissolution Inventory or EDI.

According to the EDI, signs of ego death include:

While many of these feelings could be pleasant or positive, some could also be confusing or disturbing if unexpected. Therefore, it is essential to prepare thoroughly before using psychedelics and have a sober support person on hand, preferably a professional therapist or guide.

Ego dissolution is a possible outcome of psychedelic consumption, although it does not always occur. Scientists believe it happens due to disruption of the default mode network, or DMN. The DMN is a neurological communication system that some have likened to the ego in terms of function.

Scientists believe ego loss happens due to disruption of the default mode network, or DMN.

While many people desire ego death and intentionally seek it, it could be alarming for unprepared individuals. For this reason, it is vital to use psychedelics responsibly, in moderation, and preferably with professional support.

6 min read
Join The Discussion
TOC
Premium
Your subscription has ended
If you love cannabis and want to support our site, join WayofLeaf Premium today and unlock
Best of all, part of your membership fee will go towards supporting the fight to legalize cannabis.
Sign Up for WoL Premium
Not now
I already have an account
×
Log in to Your Premium Account