Written by Martha Allitt
4 min read
0 comments
Read Later
The following is for informational purposes only. WayofLeaf does NOT advocate the illegal sale, use, or possession of any psychedelics. Be sure to research, understand, and follow all laws and regulations relating to the use and possession of psychedelics in the state or region you live.

Governments throughout the US are changing their laws around psychedelics and other illegal drugs.

If, like many others, you want to see psychedelics become legalized, then read below. We’ve listed some of the ongoing state initiatives pushing for change and what you can do to get involved locally.

The War on Drugs

In the 1960s, researchers investigated how psychedelic drugs like LSD and psilocybin could be helpful in therapy.

However, in 1970 President Nixon began the War on Drugs in the US by putting into measure the Controlled Substances Act. This act saw the criminalization of psychoactive drugs, including psychedelics, and an end to all psychedelic research. 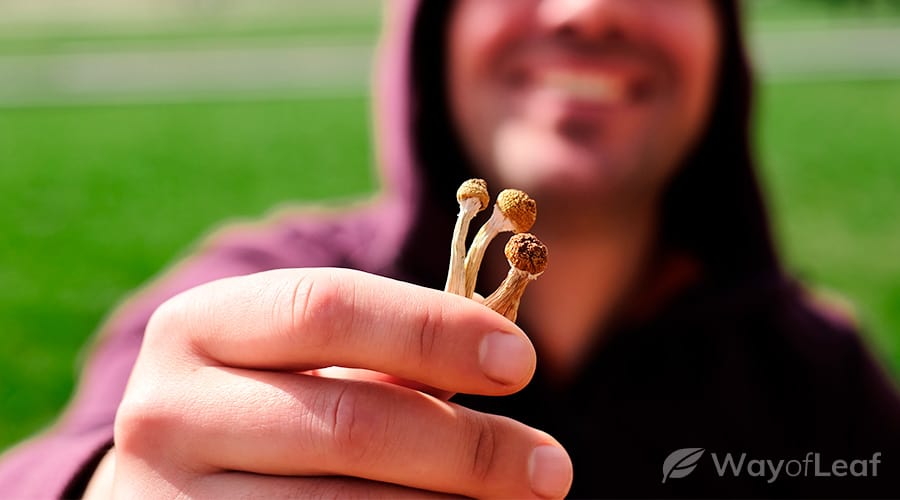 Since its beginning, people have protested against the War on Drugs. Many believe that prohibition (the banning of psychoactive drugs) causes more harm to public health than good and leads to more drug-related crime.

However, in the past ten years, the bans on psychedelic research have been lifted. Many research studies have demonstrated that psychedelic therapy is beneficial for depression, anxiety, addiction, and several other physical and mental health complications.

Psychedelics and Other Drugs Now

Not only has research demonstrated that psychedelics could be beneficial for treating mental health problems, but it has also shown that these drugs have a very low risk of side effects and are non-addictive.

Based on this evidence, more governments in the United States are reconsidering their laws about psychedelic drugs.

Although psychedelics remain as schedule 1 drugs at the federal level, in many places, psychedelics are becoming decriminalized – meaning prosecutions relating to personal possession and growth of psychedelic substances and plants are no longer law enforcement priorities.

Furthermore, several governments are also reconsidering the widerscale decriminalization of all illegal drugs to reduce the harms caused by prohibition.

For example, in 2019, Denver became the first US city to decriminalize psilocybin, and in 2020 the Oregon 110 measure was passed, which called for reduced penalties for personal possession of all illegal drugs.

These regulations could mean people are less likely to use drugs in unguided settings, decreasing the likelihood of adverse reactions and overdosing. However, for others, these restrictions are viewed as an impingement to their personal freedoms.

What Are the Ballot Initiatives That Could Decriminalize or Legalize Psychedelics?

Ballot initiatives are proposals by US citizens to bring in new laws or amend or abolish existing laws in their state. For the proposals to be put into action, initiatives require a certain number of petition signatures on a public state vote. 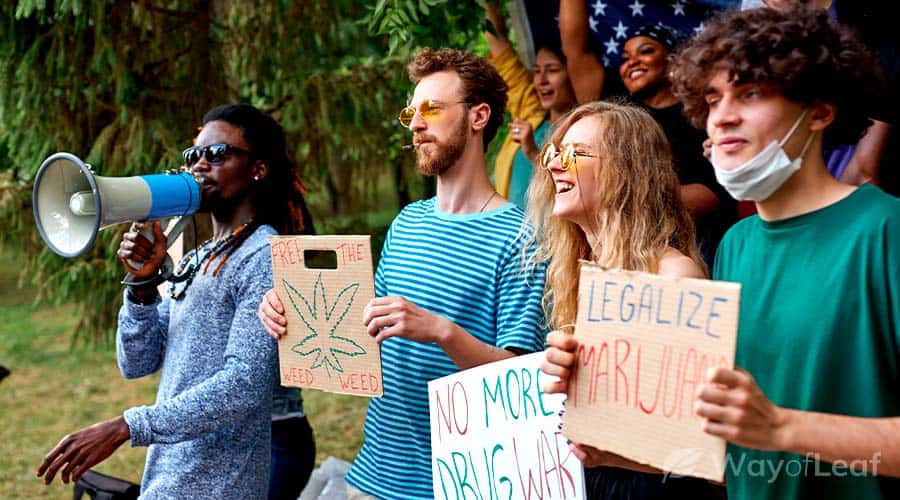 As more information has come to light about the therapeutic use of psychedelics, many ballot initiatives have been put forth to decriminalize psychedelics and other illegal drugs.

To learn about any ongoing initiatives in your local state, read below to find out some of the current decriminalization proposals happening in America.

In January 2021, activists from Decriminalize Nature Boulder County filed Initiative 61. If successful, the measure will see the cultivation and possession of psychedelic drugs like psilocybin and ibogaine legalized.

This bill was proposed in 2021 and calls for deprioritizing criminal prosecution relating to entheogenic compounds (such as mescaline, ayahuasca, and psilocybin) and creating a Psilocybin Services Act to provide regulated administration of psilocybin to citizens.

Michigan: The Decriminalization of Psilocybin Mushrooms and Other Plants and Fungi Initiative

If successful, this Michigan Decriminalization Measure will decriminalize the cultivation, possession, and use of natural psychedelic plants and mushrooms, including psilocybin, ibogaine, mescaline, and dimethyltryptamine (DMT).

If successful, the Rhode Island HB7896 measure would see all class 1-5 substances, besides fentanyl, decriminalized. Possession of these substances would result in a fine of up to $100 for first offenses and $300 for subsequent offenses.

The Virginia HB898 measure calls for the decriminalization of peyote, ibogaine, psilocybin, and psilocin. The bill would also reduce criminal penalties for possessing these psychedelic substances to a maximum $100 fine.

Similar to the Oregon Measure 110, the Washington State Initiative 1715 aims to legalize the personal use of all illegal drugs. The measure also proposes to use money from marijuana taxes on community programs and treatments to help people with drug addiction and public education to increase drug-related safety.

How to Help Psychedelic Legalization and Ending the War on Drugs

There are several ways to help with psychedelic legalization and ending the war on drugs.

One of the most direct ways you can help end the war on drugs and legalize psychedelics is by voting on local state ballot initiatives which call for decriminalization and legalization.

By joining one of these organizations’ state-specific groups, you can keep informed about what’s happening regarding drug policy change locally. This includes information about any direct action, such as protests and discussions to get involved with.

Furthermore, if you’re a student, you can help raise awareness about the war on drugs by joining a Students for Sensible Drug Policy (SSDP) chapter. The SSDP is an international organization that brings students together to discuss, collaborate and create resources to help end the war on drugs. If your university doesn’t currently have an SSDP chapter, you could consider creating your own.

On a more personal level, having open discussions with friends, family, and colleagues about the therapeutic possibilities of psychedelics and the injustices caused by prohibition could encourage people to reconsider some of their views on the war on drugs.

You could also consider writing personal letters to your local state governments about why change needs to occur and creating and sharing public resources educating others on the therapeutic values of psychedelic drugs.

The Future of Decriminalization

Although US laws are shifting, we’re still a long way from ending the drug war. However, with several proposals for change being considered at the government level, the future looks bright.